It’s amazing how different two similar lives can turn out.  Mindy and Arthur used to be grade school playmates. They were reunited[1]…when she was the judge over his hearing. 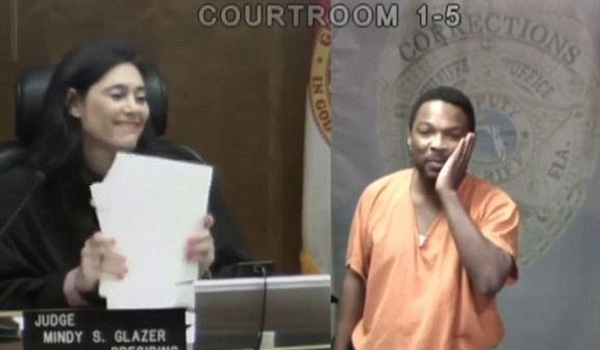 Miami, Florida judge, Mindy Glazer, was presiding over the case of a man arrested for burglary and theft on Thursday.

But she suddenly realized she had seen the man before – years ago in middle school.

The judge and the suspect had once been playmates at Nautilus Middle School, reports Local10.

You can watch his reaction in the video below. Hopefully he uses this as a wake up call.