Everything else about Hillary Clinton seems to be fake, so it would only make sense her online presence is too[1]. What’s funny is, she already got busted for this once before… 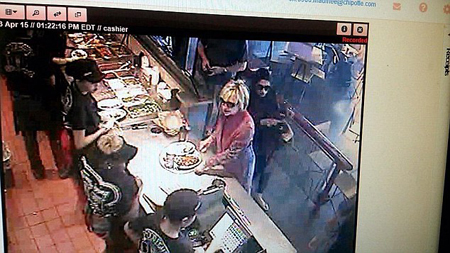 Although Hillary Clinton boasts a robust 3.6 million Twitter followers, not even a vast right-wing conspiracy would be able to interact with 2 million of them. According to two popular online measuring tools, no more than 44 per cent of her Twitter fan base consists of real people who are active in using the social media platform.

StatusPeople.com, the oldest publicly available Twitter-auditing tool, reports that 44 per cent of the former secretary of state’s followers are ‘good’; 15 per cent are ‘fake’; and 41 per cent are ‘inactive,’ meaning that they never tweet or reply to any tweets.

Remember, this is the same Hillary Clinton who had the State Department pay over $600,000 to bulk up her Facebook likes.  In comparison, just 4% of the President’s followers appear to be fake.