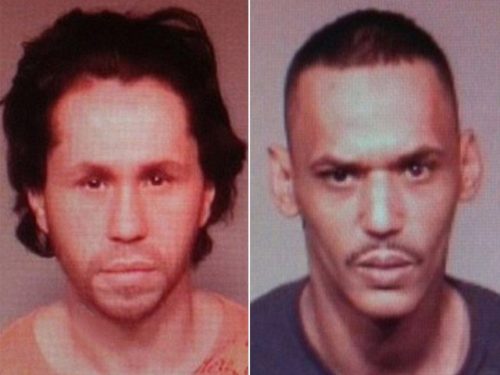 Saturday at noon, a man was on the median[2] at Hanover St., in Meridien CT. He was celebrating Trump’s win by waving a Trump sign and an American flag. Two men passing by didn’t like that. So they stopped their car and gave him the finger. The man responded “same to you.” Immediately the two men began assaulting the Trump supporter, kicking and punching him, eventually causing him to fall into the street.

Unbeknownst to these two thugs, a police lieutenant was parked nearby at Hanover and Colony, observed the entire incident and arrested both men for assault. 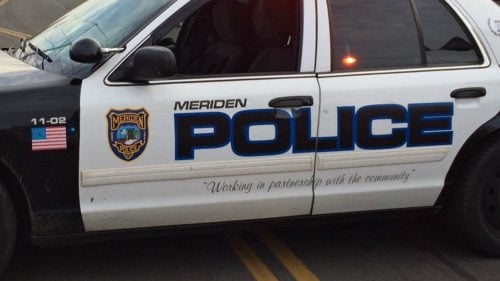 The men, 32 year-old Wilson Echevarria and 36 year-old Anthony Hobdy, are both from Meridien. Hobdy was in possession of 54 bags of heroin and was wanted on four warrants. Pro-tip; if you decide to commit assault, you may want to make sure you don’t have heroin on you, the cops are not near and you are not wanted on warrants. These genius criminals will have their day in court and have plenty of time to think about their foolish behaviors.

The 45 year-old victim complained of pain in the head and ears, but did not seek medical attention.

It is exactly this kind of hate and intolerance that caused Americans to vote in Trump. America is tired of the intolerant Left. And these two now know that personally. Good riddance to bad rubbish.

And in Chicago, more anti-Trump offenders are beating people up. See video below.