Just when you think Governor Jerry Brown couldn’t get any more outrageous…he does. The Governor of California has signed off on a bill that will allow convicted felons serving sentences in all county jails the right to participate in elections. That’s right. The power to vote is going back into the hands of those that chose to break this nation’s laws. 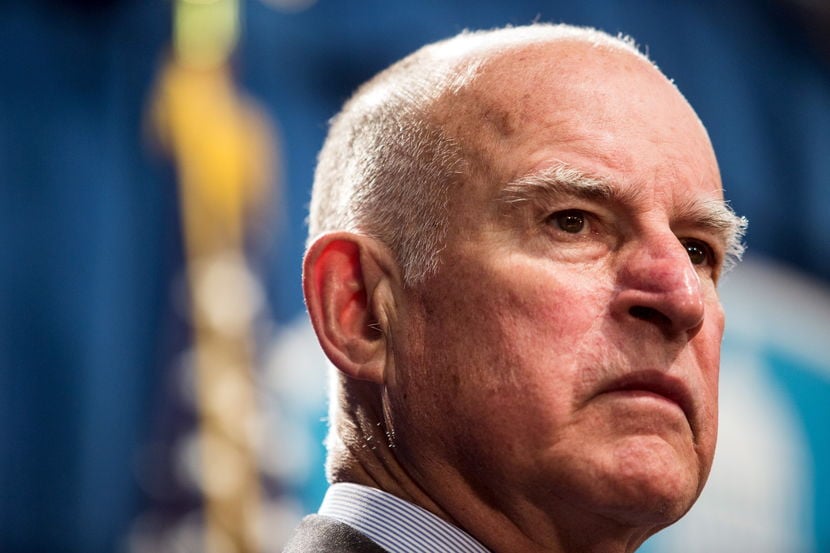 Governor Jerry Brown claims that this new legislation that he has signed will go into effect as one of those ‘reforms’ that Californian politicians love to peddle to the people. This time Brown is claiming that such a move would help criminals make their transition back into society…whereas actual sane people say that these criminals can do their ‘transitioning’ AFTER they have served their time.

I suppose the only bright news in this is that the new law takes effect January 1st, so it will have no impact on this November’s elections…that would have been extra ridiculousness on the turd sandwich that is this election cycle. I mean, things are already as unstable and whacked out as it is. It’s Trump and Clinton, the turd sandwich of the century. I don’t think it would matter what their top ticket choice is. Turd is turd.

Sen. Patricia Bates wasn’t happy about this legislation either and condemned it saying, “It is very disappointing that felons still serving their sentences behind bars will now be able to vote since Governor Brown failed to veto this really bad bill.”

California is as usual, expected to be almost wholly on Clinton’s side of the vote. In Congress, Democrats have presented legislation to renew voting rights in federal elections to criminals upon release from jail, while Kentucky Senator Rand Paul introduced legislation that should be the only one considered and that’s to restore voting rights to non-violent offenders.