Can YOU Spot The Camouflaged Marine In This Video? Expert Shows Off Ability To Hide In Plain Sight

The skill required for reconnaissance and sniping in the military is impressive. One must have skills in evasion and complete self-discipline. Of course, understand how to blend into one’s surroundings is a vital part of this skillset and one Marine shows us how to use our surroundings to blend in.[1] The below video is truly impressive! 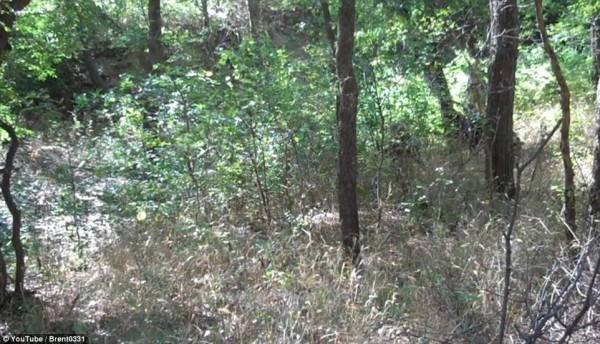 Nestled among the foliage, a camouflaged killer hides in plain sight.

US Marine Brent Downing has shown just how scarily effective good camouflage can be in allowing military reconnaissance experts to go unobserved as they hide in different terrains.

The military use foliage to disguise their outline and protect their head from the elements, and they do not carry anything shiny or straight as both will scream ‘man-made!’ in a natural environment.

Then they make sure all their gear is easily to hand, as any sort of movement greatly increases the chance of detection.

Marines – and soldiers  – then keep their blood moving by flexing fingers and toes, and rocking their body as slowly as possible over the day and they keep their mind alert by scanning the ground.

Mr Downing, an expert in camouflage techniques, has used his YouTube channel to showcase his ‘Camouflage Effectiveness Series’ in which he documents techniques from the military around the world.

He said: ‘In my previous videos we have looked at the effectiveness of different types of camouflage patterns and their ability to blend into certain environments

‘In this video I’ll talk about everything from camouflaging your face, to your weapon, and even the pack on your back.

‘Individual camouflaging techniques can increase your survivability on the battle field by reducing the ability of the enemy to visually detect you.’

A sniper is one of the most powerful weapons in the military. The omnipresent threat of a rifle trained on an enemy thousands of yards away is often enough to keep an entire platoon immobilized, hiding. Imaging that: one man can keep dozens of men crouched and hiding. One man, because he is unseen, has the ability to neutralize a much-greater force by using the mere threat of force.

While this lesson is invaluable in the battlefield, such a lesson can translate to the civilian world as well; imagine the drop in muggings and sexual assaults if would-be criminals understood that 10, 20 or even 30% of the population carried a concealed weapon that could kill them—but that the criminals did not know which people had them.