Liberal Western governments are desperate to find a solution to the Syrian refugee problem. While many are sympathetic to the plight of the refugees, the recent terrorist attacks in Paris underscore the inherent danger of terrorism in the Western world. Still, Canada believes that they may have found a solution: just bring in the women and children.[1] 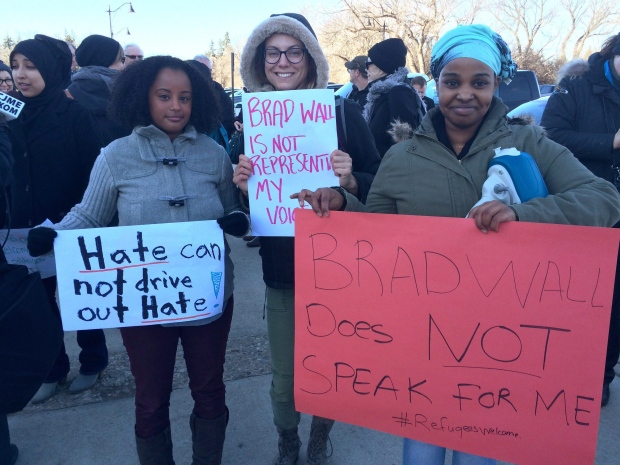 The federal government’s much-anticipated Syrian refugee plan will limit those accepted into Canada to women, children and families only, CBC News has learned.

Sources tell CBC News that to deal with some ongoing concerns around security, unaccompanied men seeking asylum will not be part of the program.

The details of the plan will be announced Tuesday, but already Canadian officials have been working on the ground to process people.

In the last six weeks alone, Canadian authorities have managed to screen about 100 people a day in Lebanon to help the government reach its ambitious target of getting 25,000 Syrian refugees here by the end of the year.

These are on top of the refugees being processed by the United Nations Refugee Agency.

The government has so far been mum about both the kind of security screening it is doing and whether it will be limited to refugee camps overseas, or whether some of it will take place in Canada.

But last week Public Safety Minister Ralph Goodale said the process will be on top of what the United Nations is already doing. Canada’s screening is being co-ordinated across departments, including the RCMP and CSIS.

As many as 900 refugees a day are expected to arrive from Turkey, Jordan and Lebanon. The vast majority of them will arrive in Toronto and Montreal.

Sources say most of the newcomers will initially be housed in military bases, which have been preparing for their arrival. Other kinds of housing will also be used, including hotels and abandoned hospitals.

But sources also say the government will stay away from calling any of these temporary housing locations “camps” — perhaps to stay away from the notion that refugee camps are typically large-scale and temporary, often using tents.

Refugees will not be housed in tents in Canada.

Moreover, once in Canada, officials broadly expect refugees to be “mobile” in about a month’s time: While thousands of people may arrive temporarily in one location, they may quickly disperse throughout Canada.

There had been some initial concerns about trying to “contain” refugees to any given location for too long, given that the Canadian Charter of Rights and Freedoms guarantees mobility rights. Those rights apply to refugees once they arrive in Canada and could open the government up to potential legal problems, if applied.

The price tag of such an ambitious plan over a short timeline is going to be significant.

Sources confirm the dollar figures reported by The Canadian Press on Friday[3]: $876.7 million for this first year alone. A large part of those initial costs come from airlifting thousands of people by Dec. 31.

The total cost of the program is expected to be $1.2 billion over six years.

The crisis of refugees from Syria and northern Iraq is part of the agenda as Prime Minister Justin Trudeau meets with provincial and territorial premiers[4] in Ottawa on Monday.

In a letter last week[5], Saskatchewan Premier Brad Wall called for the federal government to suspend its plans to fast-track so many new arrivals, citing concerns over rushing security checks.

Full details of the plan will be announced by the federal government on Tuesday.

If Canada’s government were truly interested in limiting risk to its people, they would just refuse to accept any Syrian refugees.

While ISIS fighters are often men, women and children being used as suicide bombers is far from rare and such refugees still pose a significant threat to the population.