Canada has a reputation for being largely mild-mannered. While that is a welcomed quality in so many facets of life, one Canadian judge’s oh-so-“enlightened” sense of “justice” has cast an Al Qaeda jihadist back into the world so that he may kill again. According to Fox News[1]: 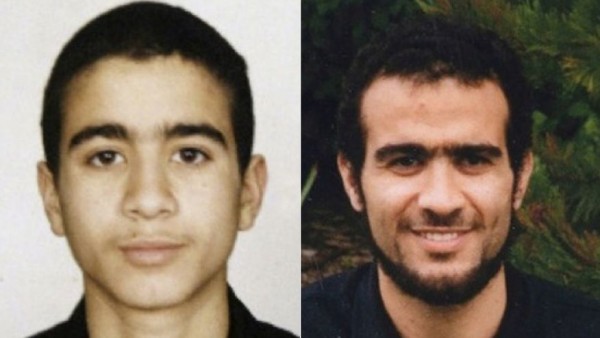 A former teen terrorist who killed a U.S. Army Delta Force medic in Afghanistan in 2002 was released on bail Thursday by a Canadian judge, a move that allows the former Guantanamo Bay detainee to appeal his U.S. conviction while free.

Omar Khadr, a Canadian citizen, was just 15 when he threw the grenade that killed U.S. Army medic Christopher Speer as Speer and four others cleared a building in the Khost province following an air raid. Captured at the scene, Khadr admitted carrying out the act years later while in Guantanamo. A U.S. judge sentenced him in 2010 to eight years in prison, and the federal government allowed the Toronto native to serve his term in Canada. Khadr, who has been appealing the conviction while imprisoned in Canada, was granted bail by an Edmonton appeals judge who upheld a lower court ruling that his sentence could be cut short due to “good behavior.”

Critics say Khadr has not paid the price, and dispute the Canadian judge’s jurisdiction to cut short a sentence imposed by the U.S.

“Omar Khadr is a convicted Al Qaeda terrorist, guilty of war crimes,” Ezra Levant, author of “The Enemy Within: Terror, Lies, and the Whitewashing of Omar Khadr[3],” told FoxNews.com. “He murdered a U.S. medic in cold blood. A jury sentenced him to 40 years in prison, but President Obama offered him a plea deal for just eight years, and now parole will reduce that further. This isn’t sufficient, especially given that Khadr has never publicly renounced terrorism or Al Qaeda, or his own father’s terrorism.”

Alberta Court of Appeal Justice Myra Bielby said Thursday there is no evidence of risk in releasing Khadr, now 28, who has been serving his time in an Innisfail, Alta., prison, after being moved from Guantanamo Bay.

Speer, 28, of Denver, was a sergeant first class when his team was ambushed by terrorists, including Khadr. Speer died a month later at a facility at Ramstein Air Base in Germany.

Khadr, who was born in Toronto, but grew up mostly in Pakistan, where his father was accused of being an associate of Al Qaeda leader Ayman al-Zawahiri, confessed to throwing the grenade as part of a plea deal he accepted in 2010. The confession Khadr signed acknowledged that he built and helped place explosives for Al Qaeda, and noted that U.S. soldiers gave women and children an opportunity to leave the compound where Khadr and Al Qaeda fighters were hiding before they began the bombing. One woman and a child left the compound and survived, but Khadr stayed. Khadr, who was badly injured, was arrested at the scene, and sent to Guantanamo.

Although a military jury gave him a 40-year sentence, the term was merely symbolic, as the U.S. Justice Department had agreed to limit the sentence to eight years, and permitted the time to be served in Canada. Khadr is appealing his U.S. war crimes conviction, saying his confession was coerced by years of torture and that the specific crimes for which he was convicted were put on the books after 2002.

U.S. State Department spokesman Jeff Rathke declined to say at a Wednesday press briefing whether the U.S. opposed an early release. He did say “we respect the independent processes of the Canadian judiciary, and we respect Canada’s sovereignty.”

Khadr’s lawyer said he is sorry for his actions

“Omar apologized to Tabitha Speer [the wife of the murdered medic] in the courtroom in Guantanamo. He has no memory of throwing a hand grenade as he had been seriously injured from the bombing,” Dennis Edney, Khadr’s attorney, told FoxNews.com on Wednesday.

In prison, Khadr gave up useful information about Al Qaeda, including the location of roadside explosives he had helped plant, according to a Pentagon report[4] filed when he was held at Guantanamo. However, the report also noted that Khadr “has never expressed any genuine remorse for the killing of that soldier” and that he “has grown increasingly hostile toward his interrogators and the guard force and he remains committed to extremist Islamic values.”

Reports from when he was kept at Guantanamo Bay also indicate that he was sometimes abusive to guards, calling one black female guard a “slave” and a “b****”, according to testimony[5] by forensic psychiatrist Dr. Michael Welner at Khadr’s sentencing. Welner has interviewed Guantanamo prison guards and reviewed Khadr’s files.

Let’s all save a bunch of paperwork, hassle and expense. I will gladly donate my time, the use of my 1911 and a .45 round to put this whole business to rest at any time. If neither the Obama Administration nor Canada will seek justice for this U.S. soldier, I’ll be happy to burn a vacation day to get the job done.

I presume the NSA has my number. I’ll be waiting for the call to settle this…