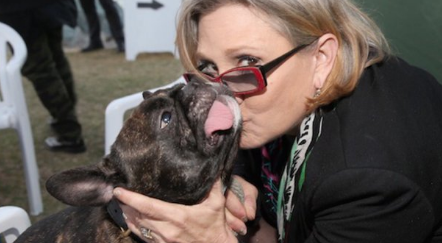 Carrie Fisher’s death has shocked people everywhere. You do not have to go far to find a fan of the beautiful and talented actress, Carrie Fisher. But while many of us have been mourning the death of the idol and Star Wars princess, we have neglected to remember someone who truly knew the queen of the galaxy, her dog.

Many of us forget that it is not just her family that she is leaving behind. She leaves behind her dog as well. And that dog is the proud owner of a twitter account. That twitter account has been very active since the death of Carrie Fisher this morning.

My heart is simultaneously melting and breaking over these posts. It is often dogs who never stop loving us.

I was always by your side but best of all you were always by mine. #RIPCarrie[7] pic.twitter.com/QgeOYdmmH2[8]