Catholic Nursing Home Sued…..For Refusing Euthanasia for One Of Its Residents

Modern liberalism is obsessed with the notion of forcing the religious to violate their beliefs in the advancement of a secular world. While we pretend that we hold religious freedom here in America, we are constantly reminded of how untrue that is as Christians are forced to fund abortions and birth control and provide cakes for homosexual unions, lest they be persecuted by the radicalized DOJ. Now, a case in Belgium is shining a light on the state’s power to force religious institutions to violate their own principles and this case is likely to serve as a mere preview of what is to come here in America[1]. 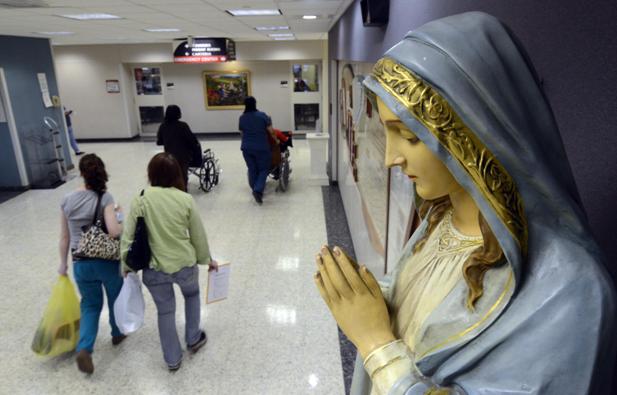 Religious liberty is one of our foremost human rights. But don’t tell that to proponents of euthanasia, many of whom believe that the desire to be made dead should overrule religious and moral objections of doctors and medical institutions against killing.

In Belgium, a Catholic nursing home refused to permit an elderly woman to be killed on premises. Her family is now suing. From the Catholic Herald story:

The family of an elderly cancer sufferer who wanted to die by euthanasia is suing a Belgian Catholic care home for refusing to let a doctor give the woman a lethal injection on Church-run premises. Mariette Buntjens was instead removed from the Sint-Augustinus rest home in Diest and died days later in the “peaceful surroundings” of a private residence at the hands of a doctor.

Nadine Engelen, the daughter of the woman, is now claiming that the care home caused Mrs Buntjens unnecessary “physical and mental suffering” by refusing her request to die within its walls. She is taking the care home to a civil court in Louvain in April in a test case which could determine whether Church-run institutions have the right to refuse to be involved in acts of euthanasia.

Canada looks set to force dissenting religious institutions and doctors to be complicit in euthanasia, by requiring dissenters to find doctor or institution willing to do the deed. Quebec already does.

And don’t think that can’t happen here should assisted suicide or euthanasia ever become normalized. After all, our government is attempting to force nuns to cooperate in the coverage of birth control. That and other such cases under Obamacare are stalking horses for abortion, and later, assisted suicide.  The culture of death: No dissent allowed.

Our nation was founded upon a premise of religious tolerance. The Pilgrims settled this land to escape persecution by the state for their religious beliefs.

However, more and more of our religious freedoms are being stripped-away as Christians are being forced to bend to the will of a secular state.

Though this case is occurring in Belgium, it is only a matter of time before America will once again have to confront what it means to be tolerant of religion and, sadly, if our recent history is any indicator, Christian doctors will soon have to decide to whom they owe their allegiance: to their government or to their God.