CAUGHT! ISIS Rookie Was To Execute Government Employee, Then Commit Terror Attack In This City

President Obama is pathologically committed to aiding America’s enemies (especially if those enemies are Muslim). He has refused to budge on citing radical Islam as a threat to the United States and the threat continues to grow larger and larger with each passing day. The threat is not merely in the Middle East, but it’s here at home as well. One Ohio man even plotted to kill a member of the U.S. military and firebomb a police station[1] in the name of the Islamic State. Thankfully, he was caught. But how many others are out there lurking thanks to Obama’s inaction? 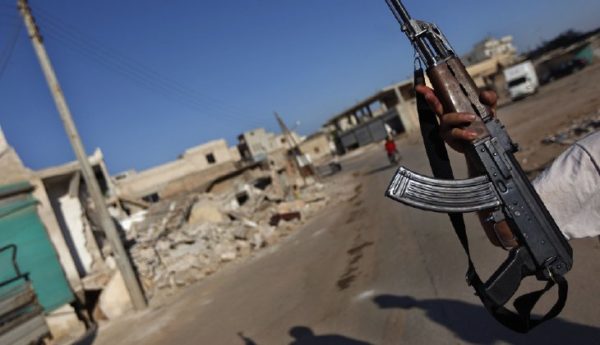 An Ohio man pleaded guilty Thursday to attempting to kill a U.S. government official, providing material support to the Islamic State, and possessing a firearm with the intention of committing a violent crime, according to the Justice Department[3].

Munir Abdulkader of West Chester, Ohio, began speaking with a confidential source in July of 2014. He expressed his desire to travel to Syria in order to join the Islamic State.

Abdulkader took the necessary steps to travel to Syria by securing a passport, saving money and researching the logistical details, the Justice Department said.

However, in April 2015, Abdulkader became concerned about his ability to travel and postponed his trip.

A month later, he started to communicate with Islamic State members, such as Junaid Hussein, who urged him to plan a violent attack within the United States.

The members and Abdulkader agreed that he would abduct a prominent military employee and film the execution.

After the killing, Abdulkader was to attack a police station in the Southern District of Ohio using a firearm and Molotov cocktails.

In preparation, he surveyed the police station, went to a shooting range to learn how to operate certain types of firearms, and practiced shooting.

Abdulkader attempted to buy an AK-47, but a controlled purchase, where an undercover police officer or cooperating witness pretends to be a supplier, prevented him from doing so. He was then arrested.

An attempted murder of a government employee carries a maximum sentence of 20 years in prison, providing material support to the Islamic State carries a 15-year maximum sentence, and possessing a firearm with the intention of carrying out a violent crime carries a five-year sentence.

The case will be prosecuted at a future date.

This is happening all across the country. I had hoped that after Orlando, America would wake up and we would all be on the same page with regards to understanding the dangers of radical Islam.

Still, it seems nothing can shake us from our apathy and nothing can compel Barack Hussein Obama to address radical Islam as a threat to the U.S.

I wonder why that is…