Wow, they’re brazen. Four dudes beat up this guy – and slashed his face – just to take his iPhone. They’re still at large[1]. 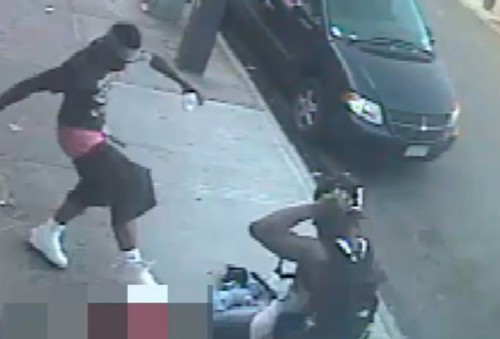 The violent assault occurred in the 1500 block of Westchester Avenue about 7 p.m. on June 9, police said.

The suspects were seen on video kicking and punching the 19-year-old victim.

While the victim was on his back on the sidewalk, one suspect appeared to be prying something from his hand.

Police said the man’s face was slashed before the suspects got away with his iPhone 6, WNBC-TV reported.

The victim was taken to a hospital where he was treated and released.

Hopefully these thugs will be apprehended before they hurt more citizens.