CAUGHT ON TAPE: Two Boxing Kangaroos Beat Each Other Up On Suburban Street in Australia

In this amateur video, with an epic background track to emphasize the drama of the showdown, two kangaroos balance on their tails and beat each other up in a town on the Central Coast in New South Wales[1]. 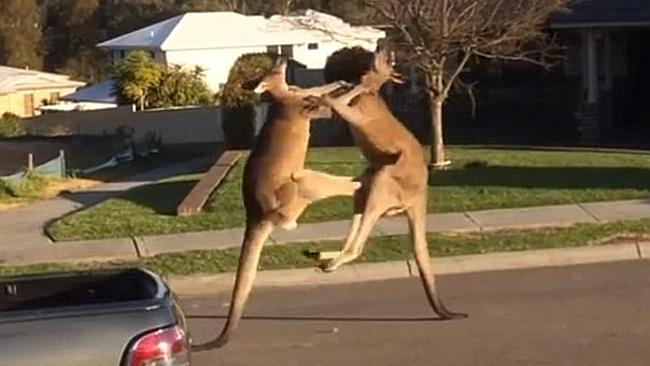 SYDNEY — In a moment more Australian than Steve Irwin wrestling a crocodile, the beasts punch on while moving from the road to a front lawn and on to a driveway. Boxing kangaroos are generally male and occasionally seen in country areas, but suburbia normally misses out on the wild action.

This battle for the street is better than any pub brawl. Onya ‘Straya!