In a shocking video courtesy of Pat Dollard[1], President Obama, sounding more like Chairman Obama or Comrade Obama, denounces private schools as a path that leads to “less opportunity for our kids.” 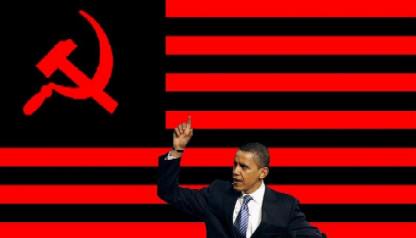 “And what’s happened in our economy is that those who are doing better and better — more skilled, more educated, luckier, having greater advantages — are withdrawing from sort of the commons — kids start going to private schools; kids start working out at private clubs instead of the public parks. An anti-government ideology then disinvests from those common goods and those things that draw us together. And that, in part, contributes to the fact that there’s less opportunity for our kids, all of our kids.”

It’s not altogether unsurprising that Obama would say this; to those who foster big government, it is inconceivable that the private sector can accomplish with better results what government cannot. Government, to Marxists like Obama, is the center of the universe around which we all orbit- the hub of human existence.

What is shocking is that we, as Americans, are currently in a position where an outright Marxist is sitting in the highest office in the land and was even elected to two terms.