Apparently, people who live in human rights violation houses can throw stones! The Chinese State Media issued some demands this week[1], and it has Americans scratching their heads. 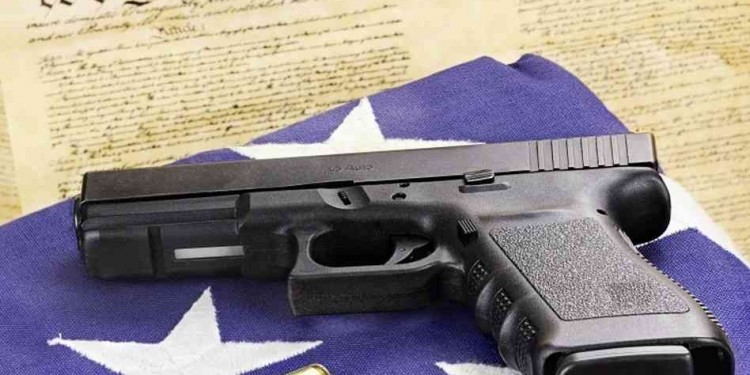 “The Chinese state-controlled media’s statement, titled “Innocent Blood Demands No Delay for US Gun Control,”[3] is primarily focused on the Newtown tragedy in which 26 Americans were killed by a mad gunman. Twenty of the victims were young children.

The Chinese government stated, “Their blood and tears demand no delay for the U.S. gun control.”

In an apparent effort to restrict information to their populace, the Chinese government wrote of a number of US mass shootings but failed to mention they were either stopped by a citizen legally carrying a firearm or otherwise only occurred in the controversial gun-free zones that critics say make prime targets for madmen.

The past six months have seen enough shooting rampages in the United States. Just three days ago, three people were shot dead at a shopping mall in Oregon. Two weeks ago, a football player shot his girlfriend dead and then committed suicide. Five months ago, 12 people were killed and 58 wounded in a shooting spree at a midnight screening of a Batman film in Colorado.

The government went on to express a strong dislike of the National Rifle Association while also attacking the Republican Party as somehow complicit in the violence. Conversely, the article heaps praise on the Democratic Party:

The Clinton government launched a series of gun control policies at the end of last century. And the Democrats lost the Congressional election in 1994 and the presidential election in 2000, with the shadow of the NRA present in both defeats.

The current Chinese government, the communist People’s Republic of China, was established in a revolution led by Mao Zedong, who killed an estimated 40-70 million people with starvation, executions, and re-education camps.”

It is amazing that they seem so concerned with US Gun control, but their own human rights violations seem no where on their radar.  I think that CNN or MSNBC might want to issue demands to the Chinese about their own Child Slavery laws and see how receptive they are to constructive criticism.