Freedom of speech is now limited to an elite few while conservatives and Christians suffer the heavy hand of censorship from atheists and Liberals who are only content when stifling the beliefs and ideals of good and decent people. The PC police have struck again, this time on the Duggar family’s hit TLC’s show, “19 Kids and Counting,” where the stiff-backed proved once again that liberal tolerance and diversity extend to everyone but Christians.[1] 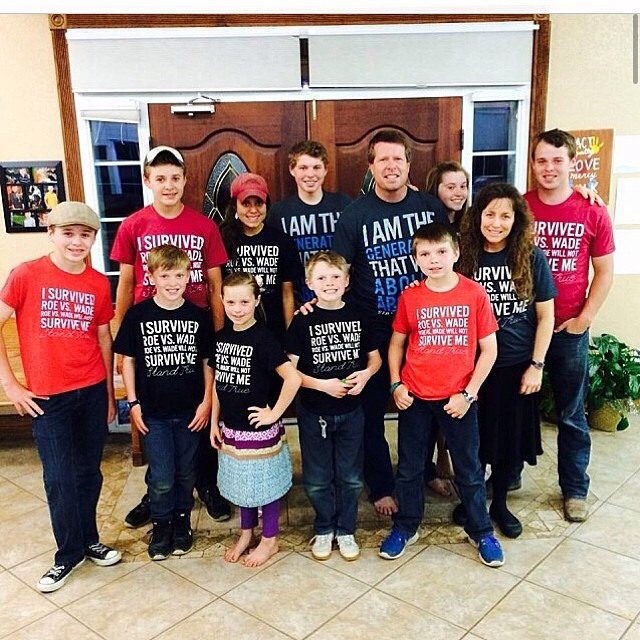 The network recently decided to blur out shirts the family wore with the message, “I survived Roe vs. Wade, Roe vs. Wade will not survive me.” Interestingly, the shirts were allowed to air unedited last week, according to The Washington Times.

The shirts were designed by Bryan Kemper, a youth pastor who expressed disappointment in TLC’s decision to usurp the First Amendment and blur the wording on the shirts.

“I was shocked because they had actually blurred out the message.” Kemper wrote on his blog, lifenews.com. “Knowing that the shirt appeared in the previous episode without being blurred, I am wondering if they received complaints or negative feedback after it aired.”

Kemper has also called on Christians and fans of the show to voice their support more forcefully than the opposition.

“I say we show TLC that there is so much more support for the Duggars wearing these shirts than there are complaints,” Kemper wrote. “I hope everyone reading this will tweet and email TLC and let them know how disappointed you are that they would blur out this pro-life message.”

Many fans are answering his call by tweeting their disappointment and anger to @tlc. Here’s a sampling:

@TLC[3], please uncensor the Duggar’s pro-life message on their shirts. They have the right to express their own views.#FreeSpeech[4] @LifeNewsHQ[5]

No matter if you agree with the Duggar t-shirt or not every American everywhere should stand up against this censorship because if you allow one citizen to have their freedom of speech stifled, it won’t be long before yours is too.