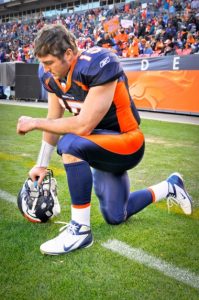 Christian Today[2] reports Christians won a battle on the football field as the United States Air Force Academy decided to dismiss a petition made by a group of atheists who wanted the Academy to stop its football players from kneeling down in prayer as part of their pre-game routine.

According to the Washington Times[3], Academy officials investigated the complaint made by the Military Religious Freedom Foundation (MRFF) which charged that the “massive orchestrated sectarian Christian prayers right before kick-off for the world to see on television is a monstrous travesty and brutal breach of federal constitutional law and Department of Defense/Air Force regulations.”

MRFF’s Mikey Weinstein even added that making football players pray in public is a “disgrace” and a “putrid example of fundamentalist Christian supremacy, triumphalism and exceptionalism.”

However, Academy officials rejected the charge. “Recently the United States Air Force Academy received a complaint about its football players kneeling in prayer. An inquiry was initiated, which found the football players’ actions to be consistent with Air Force Instruction 1-1 and its guidance on the free exercise of religion and religious accommodation,” Academy officials said in a statement.

“The United States Air Force Academy will continue to reaffirm to cadets that all airmen are free to practice the religion of their choice or subscribe to no religious belief at all,” the statement continued. “The players may confidently practice their own beliefs without pressure to participate in the practices of others.”