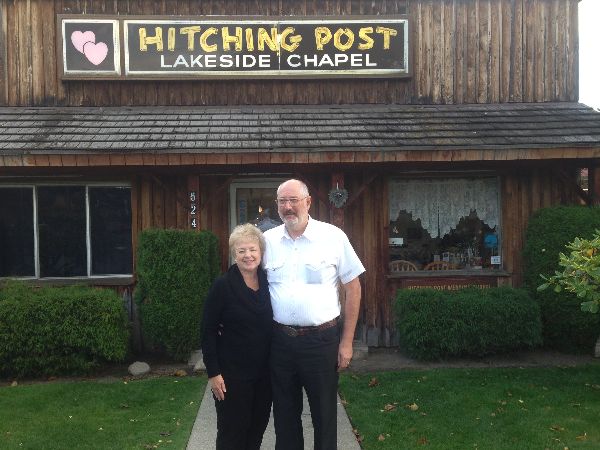 [1]How far is the tyranny over gay marriage going to go? Reasonable people can differ on gay marriage. But forcing people to go against their religious views in order to comply with one viewpoint is nothing more than harassment. [2]

According to Todd Starnes at Weasel Zippers,

Two Christian ministers who own an Idaho wedding chapel were told they had to either perform same-sex weddings or face jail time and up to $1,000 in daily fines, according to a lawsuit filed Friday in federal court.

“Right now they are at risk of being prosecuted,” attorney Jeremy Tedesco told me. “The threat of enforcement is more than just credible.”

The wedding chapel is registered as a “religious corporation” limited to performing “one-man-one-woman marriages as defined by the Holy Bible.”

The city attorney has told the local newspaper that he believes the chapel falls under the ordinance. A man called the chapel asking about a gay wedding ceremony, and the chapel declined, which put them in violation of the law. It would be terrible to prosecute this elderly couple.  Law enforcement and prosecutors already have strained resources. To target people like this who merely are exercising their religious freedom – and it’s not like the gay couple couldn’t go somewhere else – is a gross misuse of government resources.