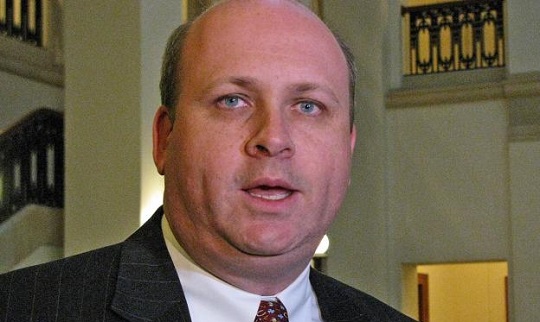 Now, lets learn a little about his twisted purpose and why being a snake, attracts people like Hillary to flock to him…

Marc is currently the general counsel for Hillary Clinton’s presidential campaign, but he’s had plenty of other assignments for the Democrats before this. It seems as if Marc’s specialty is dealing with pesky cases involving voter registration and election fraud. One of the latest examples on his resume dealt with a voter registration group in the Buckeye State who he represented earlier this year known as the Ohio Organizing Collaborative. They were challenging the state’s new voter ID law, though their usual purpose was supposed to be going out and registering voters of all stripes to increase citizen participation in the electoral process. A noble goal to be sure, but there are a few rules which must still be followed. For one thing, the people you register are supposed to be, er… you know… alive. (Washington Free Beacon)

Marc Elias, an attorney at Perkins Coie who has become the go-to fixer for Democrats and is now general counsel for Clinton’s presidential campaign, became involved with the Ohio Organizing Collaborative this May when he filed a lawsuit on its behalf to challenge the state’s voter identification laws.

“They have turned in roughly 530 voter registrations, of which five of them were dead people,” said Johnson. “They actually had the dead people’s drivers license numbers and Social Security numbers, and of course they forged the signatures of these dead people.”
You don’t often find a case of fraud this blatant and ham handed, but now Ohio is faced with the task of going back and surveying all of the group’s other registration forms to see what other surprises await. It’s true that the normal voter registration process can be subject to typical clerical errors with bad addresses or zip codes on forms, people who have moved or any number of other complications. But these are brand new registrations which include multiple forms filled out in the same handwriting for residents who have already shuffled off the mortal coil.

Elias is described as a “fixer” for the Democrats and he certainly has a history of that. Lest you think this pesky Ohio detail is an aberration, you’ll find Marc’s name attached to some other high profile cases. For just one example, back in 2010 he was involved in the contentious Minnesota gubernatorial election when the close race went into a recount. At the time it had been noted that in certain precincts there were more votes cast than the total number of people who showed up and signed in to vote. One estimate placed the number of “overage” votes at roughly 12,000 which was greater than the margin of victory claimed by the Democrat, Mark Dayton.

Dayton hired Elias as part of his team. Marc showed up in court and argued that going back and checking all of the ballots just because the basic laws of math had essentially been turned upside down would be a big waste of everyone’s time. (MPR News)

“Once the ballots are opened and once you know the vote total, courts should be skeptical about procedural challenges that could have been brought earlier,” Elias said. “The time to challenge the voting process is before the election when the veil of ignorance still stands as to whether this process or that process benefits one candidate or another.”
To his credit, Elias actually sold that argument and Dayton went on to be declared the winner. With a track record like that it’s no wonder that the Democrats have taken to calling on Marc when the going gets tough in court. And even less wonder that the scandal embroiled Hillary Clinton would want him on her team now.

Hillary doesn’t need a lying cheating “fixer” like Elias… she needs a soul.