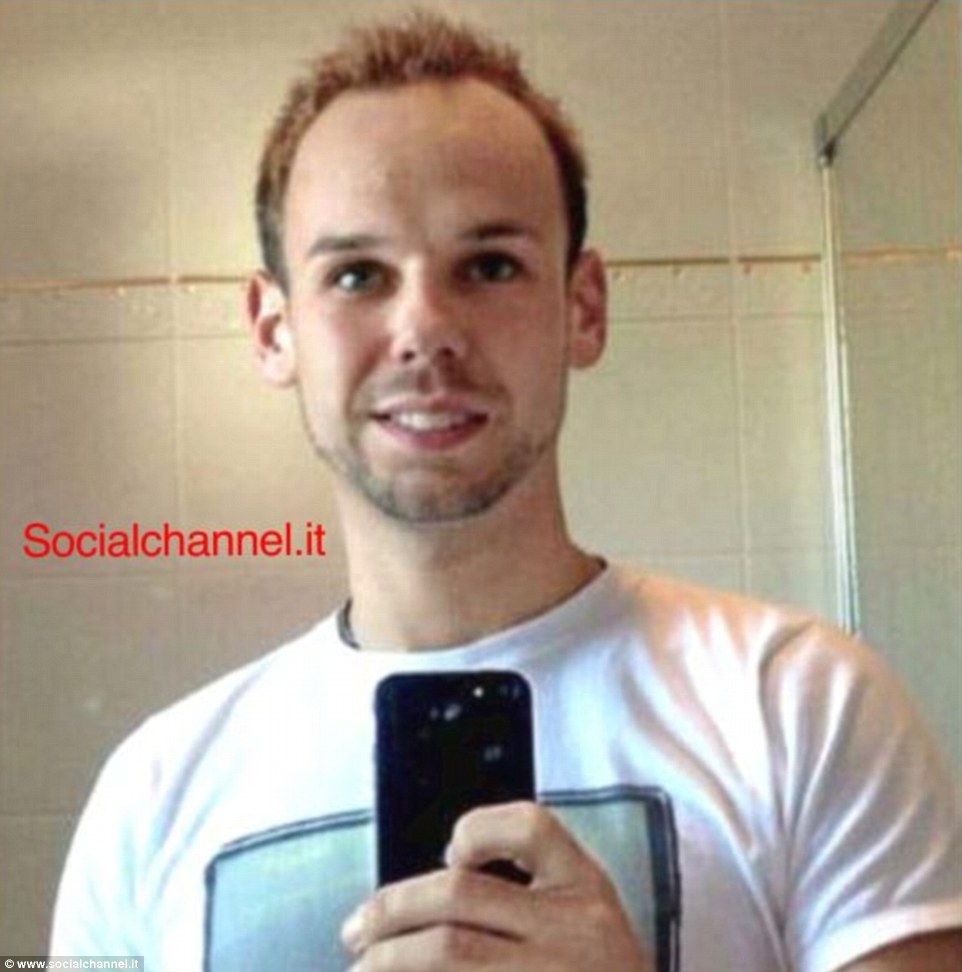 [1]More details are coming out about the co-pilot who crashed his airplane full of passengers, offering clues as to why someone would do something so depraved. Chillingly, the 27-year old cryptically warned his ex-girlfriend about what he intended to do last year. [2]

A haunting new image has emerged of killer co-pilot Andreas Lubitz as it was claimed he may have sought treatment for problems with his vision in the weeks leading up to moment he deliberately flew a Germanwings passenger plane into the French Alps.

Lubitz, who is pictured smiling into the camera in the selfie which appears to have been taken in his bathroom, is said to have sought help over his vision as recently as March 10, amid fears his eye problems may have jeopardised his ability to continue working as a pilot.

It came as police revealed that evidence found at his home suggested he was suffering from a ‘serious psychosomatic illness’. Officers reportedly found a variety of drugs used to treat mental illness at his flat in Dusseldorf, appearing to substantiate claims he was severely depressed.

And a former partner described him as a tormented, erratic man who was a master of hiding his darkest thoughts and would wake up from nightmares screaming ‘we’re going down’.

The 26-year-old Germanwings stewardess, known only as Maria W, revealed to a German newspaper how Lubitz ominously told her last year: ‘One day I will do something that will change the whole system, and then all will know my name and remember it.’

The startling revelations add weight to the claims that Lubitz tried to conceal medical conditions that should have stopped him flying.

Police said they found evidence of ‘severe burnout syndrome’ at his home, and torn-up sick notes revealed he was supposed to be off on sick leave the day of the fatal event. His ex-girlfriend said she knew he was receiving psychiatric treatment, and that he “became agitated about the circumstances in which he had to work, too little money, anxiety about his contract and too much pressure.” He would throw tantrums, and once locked her in a bathroom for a long time. His ex-girlfriend seems to understand “why,” “The torn up sick notes make sense now to me and were a clear sign that he did not want to admit that his big dream of flying as a captain was over.”

This should serve as a warning to anyone who encounters someone exhibiting signs like Lubitz to reach out and help. Leaving a career of flying due to worsening vision shouldn’t be a life-ending situation. Perhaps if someone with meaning to the young man, such as a pastor or close friend, had counseled him, and assured him that he could change careers and go on with life, he and the 150 victims might still be alive today.