It was the eve of Election Day and a group of college students gathered outside a Capitol building. They were there to protest laws that they believe make it hard for their peers, minorities and the elderly to vote. Yes, the Voter ID laws. 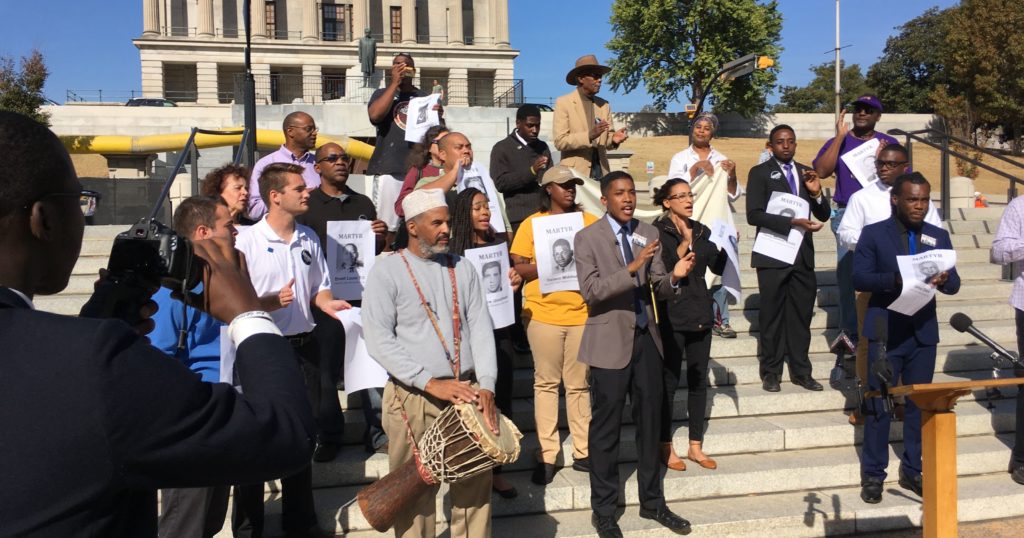 It was during a brief news conference that the group who was led by a coalition of historical black universities in Nashville took their stand to push back against Tennessee’s voter ID law. This law requires voters to have valid ID available to present in order to cast their ballot.

Most ID’s are accepted, but not a college student ID. Hence, a lot of what their issue was.

One of the activists, Justin Jones, said that he would not be able to vote due to him not having one of the acceptable pieces of ID. He also described that most of his friends fell in the same boat. Especially students from out of state.

“Why are we making it easier in Tennessee to get a gun and yet harder to vote?” Jones asked the crowd, alluding to a series of state laws that have loosened restrictions on when and where people can carry firearms.

ID law was “designed to prevent voter fraud while ensuring all registered Tennesseans exercise their right to vote.”

Tennessee Secretary of State, Tre Hargett, who is responsible for overseeing the elections released a statement. There is even a “mechanism” in place for citizens who cannot afford to pay for their valid IDs to be issued.

The spokesman, Adam Ghassemi, said that Hargett’s office had helped to register more than 7,000 college students in this election cycle “to ensure they are not excluded.” Ghassemi said the department also worked with students to host voter registration drives at Fisk and Tennessee State University.

However, at a news conference, Jones and other students with him drew a parallel between voter ID and discriminatory laws that segregated the South in the Jim Crow era. There they claimed that poor people and minorities both were the groups of people always hit the hardest by the laws.

“We know that Jim Crow has children,” Jones said a smattering of cheers from about two dozen students. “These are the real issues that exist in this country’s election process.”

After the news conference, the students headed to Hargett’s office to voice their concerns. Hargett met with the group for about 30 minutes, and although Jones said there were still lingering disagreements, he told The Tennessean it was a “good conversation.”

By the end of the day, the students’ cause had attracted some star power. During a separate event to raise support for Democratic presidential nominee Hillary Clinton, actress Ashley Judd pointed to an occasion where a busload of nuns were denied a ballot because they couldn’t produce an ID.

“This is a sacred right, and a right of passage,” Judd said. “It shouldn’t be a harrowing walk from the parking lot to the building.”

Even Judd got involved stating that the voting laws historically have been weighted against marginalized voters.

“The way the voting system is set up right now it specifically challenges the votes that have been silenced and historically — ‘her’-storically — have mattered the most,” she said.

For this reason, I think the words…”too bad” were invented. You cannot, NOT require ID to vote…and it’s rough on those that cannot vote even as citizens because of the Voter ID law. BUT at the end of the day…you have good, better, best. Who in their right mind would not choose best?