In a recent, scathing review of what society has become, comedian and political pundit Steven Crowder notes that our discussion surrounding the recent shooting in Charleston should center on Godlessness, not race. Crowder writes:[1] 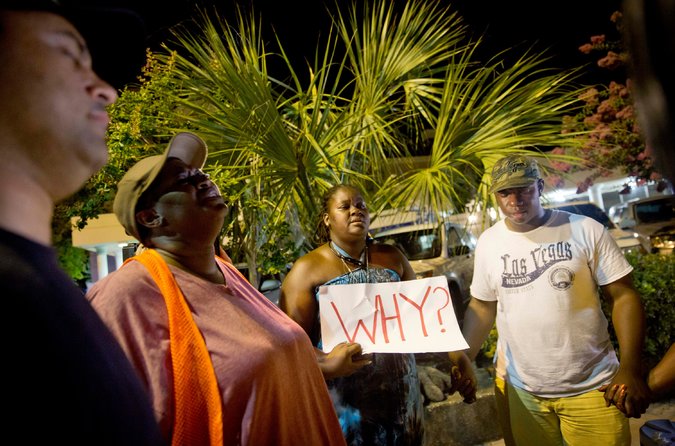 I hate that this is where we are in this country. I hate that a reprehensible, stomach-turning act like the Charleston shooting ever takes place. I hate the vitriolic responses to it on twitter. And I really, really hate that I have to write something, anything other than:

My prayers are with the victim’s families, and America this morning.

I also really hate that that statement in and of itself will generate controversy. There was a time in this country where we could mourn together and pray together in unity, without fear of offending anyone. We are no longer at that point.

There was a point in this country where tragedies like this at the very least, provided us with an opportunity to put down our political weapons, and grow closer as Americans, as humans. As you can see by the tweets below… we are no longer at that point.

I get the irony in that responding to these tragedy-profiteers would be politicizing the issue myself. It’s not lost on me. So I won’t do that. The time for that debate will come, but this is not that time.

What I find shocking is that here we have a hateful, violent man who unjustifiably killed Americans. Everyone I know is absolutely heart-broken. There is nobody out there in the real world right now deliberately politicizing this issue… aside from those who have a loud bull-horn and directly profit from doing so.

What’s happened in Charleston is beyond words, beyond humanity. As evidence comes in, and we find out the political/ideological agenda at hand, believe me I’ll be the first to label this sub-human a “terrorist” if it fits. But this is a man who deliberately targeted and opened fire on a church. That is a Godless man.

I know atheists will have a problem reading this, but as someone who’s tried to remain remarkably consistent in keeping my personal faith away from legislation, this is an appropriate time to discuss it. This is why faith exists.

Listen, I don’t think anyone would deny that mass-murderers are Godless people. I also think that many people will find just as much discomfort in acknowledging a definitively Godless reaction from the culture at large. When something this horrendous happens, and we can’t all as a country, join together for even one day to pray and support each other…

That’s Godlessness too. America, we can do better. We need to do better.

Crowder is absolutely right. Though this could be an opportunity to come together, this is being used to further deepen the divide that rests along racial lines in America.