Couple Asked 35-Year-Old to Meet Up for Sex… The Reason? OMG!

Their young female relative was targeted by pedophiles online[1]…and they refused to sit back and allow the sickness to spread to other girls. So, this couple decided, THEY were going to setup a sting operation of their own and catch pedophiles online…and they did. 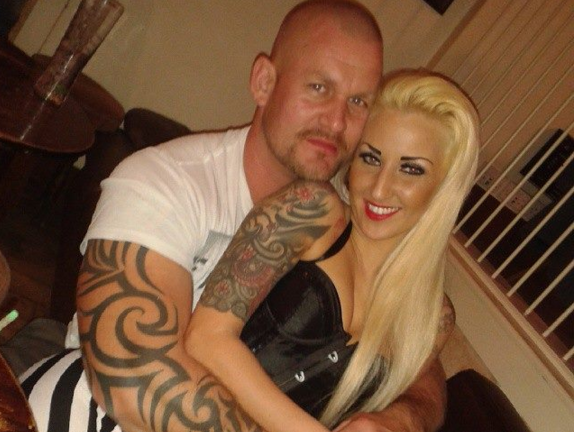 When 35-year-old Craig Chapman showed up at a supermarket parking lot in Bedfordshire, UK, he didn’t know he was walking right into a trap—one made to catch a predator.

It started when Katie and Neil Ivall put together a fake Facebook profile for a 14-year-old girl they called ‘Kerry.’

The couple started hunting down pedophiles in 2015 after discovering via social media that four local men were planning to molest their young female relative.

Fed up, they created ‘Kerry’ as bait to catch a pedophile, and it worked. Craig Chapman was soon messaging ‘Kerry,’ telling her how he wanted to meet up for sex.

But when he arrived at the agreed-upon meeting place, he was met instead by Katie and Neil, who filmed the encounter and called the police.

The couple’s video of the encounter starts with Chapman on his phone in front of the store trying to call ‘Kerry’ to find out where she is.

He was actually calling Mrs. Ivall, who was just feet away with husband Neil and moving in to expose the pervert.

The couple detained Chapman long enough for the police to get there and arrest him.

Police took the evidence the enterprising couple had gathered—including chat logs and sick online communications Chapman had, where he graphically described how he wanted to defile the girl, whom he knew was only 14.

The Ivalls spoke to the Daily Mail about how they trapped Chapman, claiming that when he first made contact with their fake Facebook account he was told that ‘Kerry’ was 15 years old. He was told later that she was in fact 14. Said Mrs. Ivall:

“It had absolutely no effect on him whatsoever.”

I could barely watch the whole thing through…absolutely terrifying to see first hand the awful things that exist in this world, with their sights set on our children.