Looks like what happens in Vegas[1]…does NOT always stay in Vegas, because the knowledge of the dirty act this couple committed, is going well beyond Sin City. 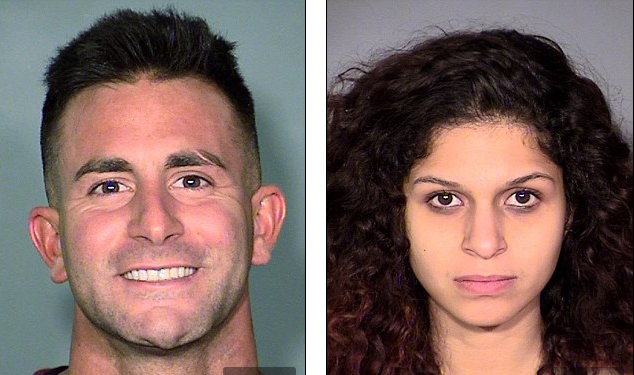 A Houston man and a New York woman are facing felony charges after authorities say they were recorded having sex in public during a 30-minute ride in a glass-enclosed cabin on a Ferris wheel 550 feet above the Las Vegas Strip.

A Las Vegas judge on Tuesday set a March 9 date to see if the charges against Phillip Frank Panzica III and Chloe Scordianos can be resolved without trial.

A police report from the arresting officers, according to the Mirror, said: ‘They both said they were just having a good time and didn’t think anyone would notice.’

They added: ‘[CCTV footage] clearly showed Scordianos laying on her back in the center of the cabin. Panzica was on his knees over Scordianos and removed her dress.

‘He also removed his clothes while standing up, exposing his penis and bare buttocks, allowing anyone in public to see.’
Panzica’s attorney, Bennair Bateman, declined to comment.

Scordianos’ lawyer, Chris Rasmussen, says his client believed the couple had an expectation of privacy.

Wow…so not worth having your face plastered on every news outlet. They should have just got a room…