We all dream of meeting “the one” and living happily ever after, and most of us do. But what if you found out that your paths had crossed much earlier than you thought? One couple, Jourdan and Ryan Spencer of New Jersey[1], were watching an old home movie when they realized that they were both in it, despite not even knowing each other! 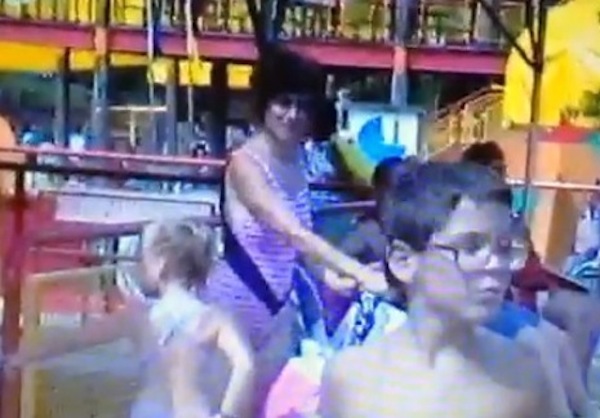 Ryan and Jourdan Spencer have been married for eight years, having met on a blind date. But while the couple was watching home videos, they saw their paths cross much earlier.

Video taken on a family vacation in 1988 to Sesame Place amusement park in Langhorne, Pennsylvania, showed 10-year-old Jourdan on a water slide, N.J. Advance Media reported[4]. Then, walking through the frame, was a gangly 13-year-old Ryan.

“I got a chill at first,” Ryan Spencer said told the newspaper[5]. “I couldn’t believe it was me, and then it became kind of a romantic thing.”

After the discovery though, the tape — their proof of their paths crossing 16 years before their first date — went missing. The couple recently had some of their movies transferred onto DVD and the fateful footage ended up being among them.

Now that makes a sweet story to tell the kids one day. The world works in mysterious ways, but it sometimes turns out pretty cool.