Bank of America is being forced to hand over more than $1 million to a Florida couple after the bank flooded them with hundreds of loan collection calls for years – the latest example of alleged behavior that has cost the bank tens of millions. The bank seems to be unfazed by any legal actions or contact by legal counsel, as they continue to pay and play:[1] 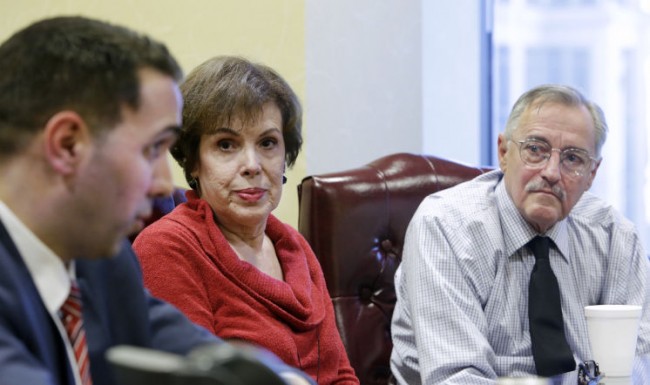 In a complaint filed in July, attorneys for Nelson and Joyce Coniglio said that the couple had been on the receiving end of “patterns of outrageous, abusive and harassing conduct” by a subsidiary of Bank of America that included 700 calls in four years, after the bank said the couple fell behind on mortgage loan payments in 2009. The Coniglios also received “threatening collection letters asserting false and misleading information,” the complaint said.

The couple sent multiple letters from legal representation asking the bank to stop, but the calls — sometimes up to five a day — continued. The complaint describes automated calls leaving repeated pre-recorded messages.

“If I did what Bank of America did, I’d probably be behind bars,” Joyce Coniglio told CBS News’ Tampa affiliate WTSP.

“This judgment against Bank of America is an epic win for consumers across the country,” Billy Howard, an attorney for the Coniglios told ABC News. “It’s time to fight back against these ‘robo-bullies’.”

The Coniglios’ case was not the first time Bank of America has faced accusations of intense harassment by phone. In September 2013, the bank paid a record $32 million to settle a class action lawsuit with a reported 7.7 million customers who claimed they were harassed by such “robocalls.” In that case, Bank of America said it denied the allegations but settled to avoid further legal costs.

Complaints have rolled in from both credit card and mortgage loan customers of the bank, including an Indiana man who told ABC News that he and his wife received at least 600 calls even though their house was surrendered after his wife filed for bankruptcy.

Ok, so they didn’t pay the mortgage, as so many Americans have not been able to. Welcome to Obama’s Economy. However, if I don’t pay a bill, I fully expect the bank/finance company/electric company to call me and try to collect. I think that the bank was excessive in this case, but there are and should be limits for corporations ability to reach into the consumers homes. Consumers, like wise, should not be able to file frivolous lawsuits because they had a collector -*gasp*- trying to collect.

Maybe now with the settlement money they can catch up on the mortgage payments.