Another day, another round of bad news for abortion giant Planned Parenthood.

This time, it is not a video of top Planned Parenthood officials sitting around talking about the selling of baby body parts. Instead, a suit has been filed against a Colorado Planned Parenthood for allegedly covering up the rape of a 13 year-old girl.[1] 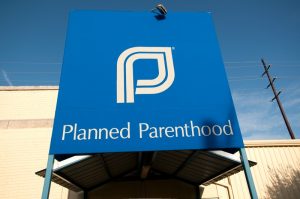 A conservative legal firm filed a complaint with the Colorado Department of Regulatory Agencies on Wednesday on behalf of Colorado Family Action, a religious advocacy group, alleging that a Colorado Planned Parenthood clinic failed to learn of and report the sexual abuse of a 13-year-old girl, and performed an abortion in 2012 without notifying her parent.

The complaint filed by the Alliance Defending Freedom alleges that the teen was sexually abused by her stepfather, who raped her and brought her to the Rocky Mountain Planned Parenthood clinic for an abortion — the same clinic that is the focus of a fourth undercover video that allegedly shows a doctor discussing the sale of fetal parts.

The girl, known in court documents as “R.Z.,” was then reportedly returned to her stepfather’s custody and the molestation is said to have continued. After learning of the purported year’s long abuse, the teen’s mother, Cary Smith, later filed a lawsuit in Denver District Court against the Planned Parenthood clinic over its alleged failure to report the abuse as well as the abortion that took place on May 2, 2012.

At the center of the lawsuit and complaint was the idea that the young girl was allegedly not counseled about her pregnancy, nor was the mother notified that the procedure would be conducted, according to a 2014 Washington Times report.

It will be interesting, though, to see how Planned Parenthood’s Cecile Richards tries to spin this case.

We expect it will be something like “Planned Parenthood focuses on preventive care like mammograms, birth control, STD testing, cancer screenings and blah blah blah blah.”