Heroic Cowboys Save Texas Town From Stampede, Then Give The Most HILARIOUS Interview…

Members of the Texas Tech Ranch Horse Team were deployed to coral a stampede of cows while they were sitting in class one morning, and they had never had a call to do their kind of work in a big city before so it was a new adventure[1]…which they later explained during an interview, that is just now going VIRAL…. 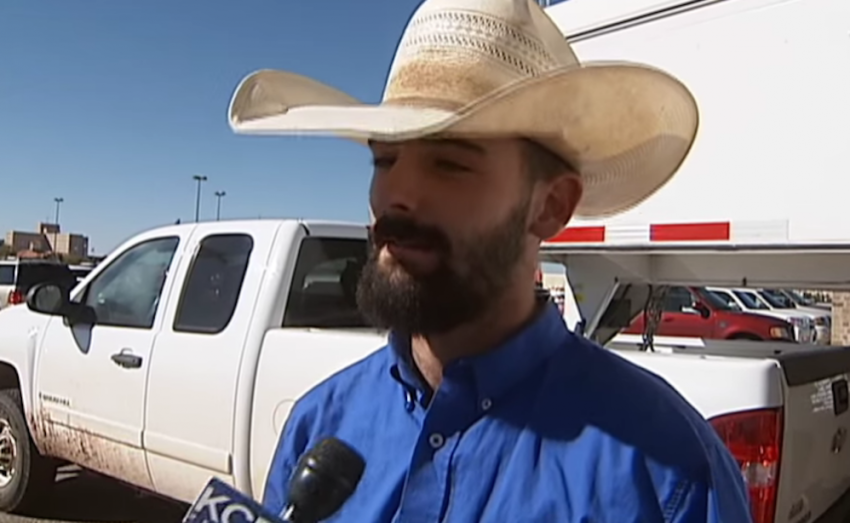 Sherrod Greeson — cowboy, hero, patriot, student — explains in a thick, West Texas accent how the curious incident of the cows in the day-time began.

The task was tricky, because several of the horses the cowboys were riding were “shod” (wearing horseshoes), which prevented them from being able to gain much traction on pavement. One of the cows gave them an extra bit of trouble after she continually evaded capture and then bashed her head through an attorney’s office in downtown Lubbock.

“A woman was sitting on the other side [of the glass] and she was all bent out of shape,” another cowboy in a black hat explained. “Real shook up.”

With some grit and a little bit of luck, the cows were finally wrangled and returned to their owner.

“How exciting was this for you?” the reporter asked.

“On a scale of one to ten? Eleven,” Greeson said. “This was better than teevee, I guarantee you that.”

“How long have you been doing that kind of stuff?” the reported followed up.

“Well I woke up this morning, so I guess it’s been about seven hours,” Greeson responded.

Though the downtown scenery added drama, the two men explained that herding runaway cattle is just part of the job of your everyday American cowboy patriot.

“We do it everyday, so it was pretty cool everyone passing us and honking their horns and seeing our hats and horses and thinking we were pretty cool,” the black-hatted cowboy said.

“This is all a day in the life of a Texas Ranch Horse Team member,” Greeson concluded.

…and for some reason, this just made me want to move to Texas now.