An ad from a pro-Bernie Sanders Craiglist post has been discovered. It is inviting people in Wisconsin to protest Trump for $15 dollars an hour. Now this…[1] 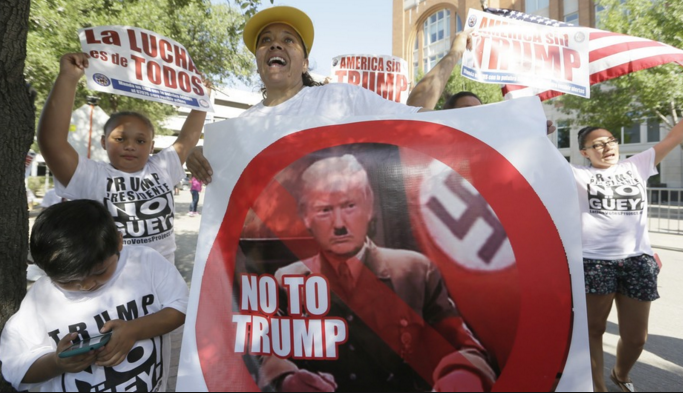 Beneath an image of a Bernie Sanders T-shirt, the ad, which was posted on Tuesday morning, reads, “Paid positions for protesters at the Trump rally.”

“Shuttle buses, parking, signs, and hourly pay available. $15 an hour due to economic inequality. Meet at 3300 W. Tripp
Road, Jainesville, WI 53548 for pre-protest instructions and to get your time card.”

But is the ad genuine?

One respondent on Facebook noted that the meet-up location was 10 miles from the site of Trump’s event at the Jainesville Holiday Inn.

While that’s true, it’s still only a 16 minute drive, which is presumably why transportation was offered to bus the protesters to the rally.

The sight of protesters being paid right in front of Trump supporters would also be something that organizers would obviously be keen to avoid.

Google maps shows that the meet-up spot, 3300 W. Tripp Road, is a parking lot in a remote location.

The Craigslist ad was subsequently deleted after it began to receive attention on pro-Trump forums.

Good grief… I’m over it.