Now perhaps this is just me being a chicken, but I don’t know why anyone would swim in water that is known to be infested with large crocodiles. I can’t imagine that this woman has survived being snatched up by a croc, but it never hurts to pray. Her family and friends deserve closure and this should serve as a somber reminder that nature is the boss[1]. 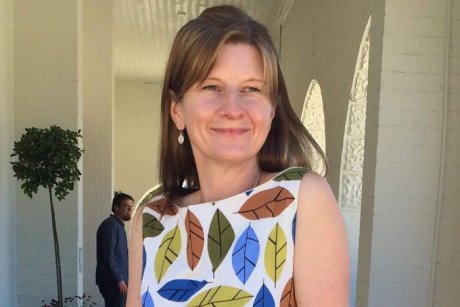 Cindy Waldron, 46, from Lithgow in New South Wales, was swimming with a friend at Thornton Beach near Cape Tribulation about 10:30pm on Sunday.

Senior Constable Russell Parker said the women were waist-deep in the water when one of them was taken by the crocodile.

“It’s certainly very, very concerning at this stage and we would hold grave fears for the welfare of the woman,” he said.

“Her 47-year-old friend tried to grab her and drag her to safety and she just wasn’t able to do that.

“It would be very, very distressing for her.

“The 47-year-old then ran to a nearby business and raised the alarm, and from that point police and other authorities were advised.

“They had been walking along the beach and they’ve decided to go for a swim just in waist-deep water at Thornton Beach and probably a very nice, clear night, but obviously may not have been aware of the dangers.”

The victim’s friend is being treated for grazes and shock at the Mossman Hospital.

Neil Noble from the Queensland Ambulance Service said the 47-year-old woman had a graze on her arm that is believed to be from the crocodile.

“They felt a nudge and her partner started to scream and then was dragged into the water,” he said.

Mr Noble said a local crocodile expert said a five-metre crocodile had been seen in area in the past few weeks.

“The whole of Cairns and up into the Cape is known for its large crocodiles,” he said.

“Certainly one has to be very careful around our waterways. Stay well away from the water when you can, especially when you can’t see.

“Just be very mindful that they are out there and that they can get you really quickly.”

Always do your research on an area before you travel. Ignorance can get you killed.