Ted Cruz had an American mother…no naturalization process[1] required not even if born on foreign soil. Period. However, people are still going to look for any kind of bread crumb they can find to challenge his eligibility…what a waste of time, but at least it is their time being wasted… Now this is what they are saying…. 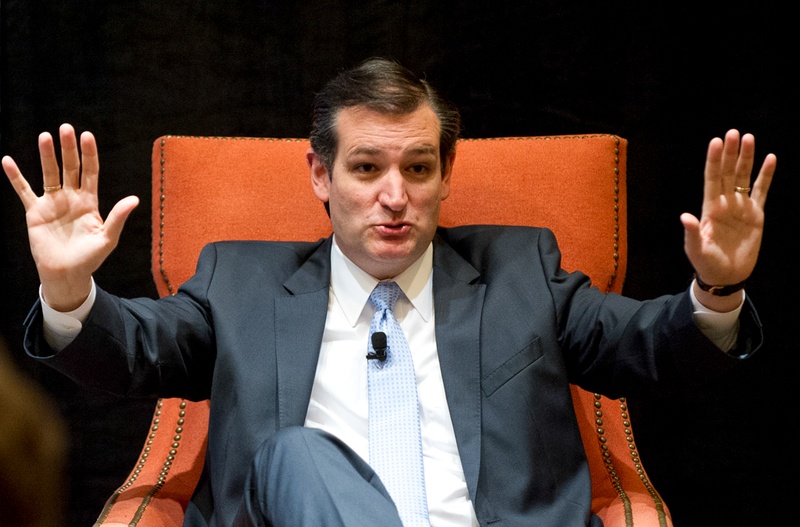 Via The Daily Caller:

Texas Sen. Ted Cruz is a “natural born citizen” according to the Illinois Board of Elections.

The state’s BOE ruled that Cruz met the citizenship criteria to appear on the state’s primary ballot.

Two state residents, William Graham and Lawrence Joyce, challenged Cruz’s eligibility with the board, claiming his name should not appear on the March 15 primary ballot because his candidacy did not comply with Article II of the U.S. Constitution

The board rejected the objections, The Huffington Post first reported. According to HuffPo, Joyce does not plan to appeal the decision due to lack of resources but hopes someone else will.

“The Candidate is a natural born citizen by virtue of being born in Canada to his mother who was a U.S. citizen at the time of his birth,” the board stated, saying that Cruz “did not have to take any steps or go through a naturalization process at some point after birth,” adding, “Further discussion on this issue is unnecessary.”

Incidentally, Cruz applied to formally renounce his Canadian citizenship and ceased being a citizen of Canada in May 2014.

New York billionaire and Republican presidential candidate Donald Trump whacked Cruz repeatedly over whether the Texas senator qualified to be on the presidential ballot for the last month and urged Cruz to go to the courts to be declared a natural born citizen.

“It’s not anything that’s going to happen, and I’m not going to be taking legal advice anytime soon from Donald Trump,” Cruz said in response to Trump’s accusations at the January 14 Republican debate.

Regardless of the Illinois BOE’s statement that “further discussion on this issue is unnecessary,” this issue is unlikely to disappear any time soon. As you may recall, ballot challenges were also filed in Texas, Vermont, Florida and Utah.

And even as the Illinois BOE was declaring Cruz’s eligibility, rival Donald Trump continues to beat the drum about this. Just last night, he told a group of supporters in New Hampshire that if Cruz gets the nomination, the Dems will “sue his ass off.”

He’s getting a lot of opposition over this, but as we know, that could be a good thing.