Airport security agents and customers got quite the show when a woman with suspicious breasts was being frisked. Security noticed her behavior and saw she was complaining of pain. When they searched her, they then noticed fresh scars under her breasts. Then upon further examination, they realized that her breasts may not have been a very natural shape. We may have seen botched surgeries on reality TV shows, but no one expects to see it in person.

The reason she was in pain, acting suspicious and had possibly weird shaped breasts was because she was smuggling up to two pounds of cocaine inside her breast implants.  When she finally broke down[1] and admitted that she was smuggling drugs inside her body, then she was taken to a hospital where doctors removed two lumpy sacks of cocaine that were wrapped in plastic. 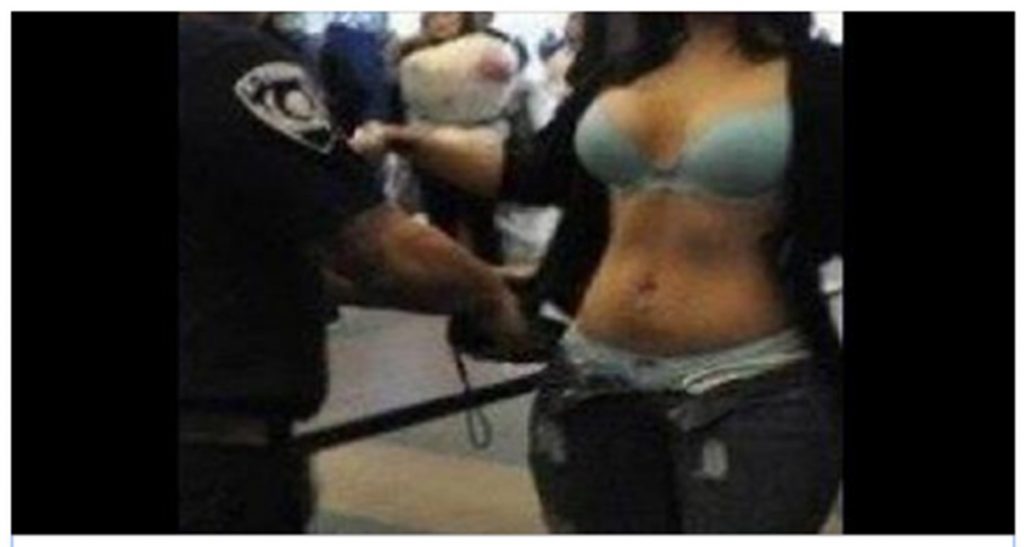 A Colombian woman was arrested for smuggling two pounds of cocaine inside of her breast implants.

The arrest came after airport authorities were searching the woman and found what appeared to be new surgery scars underneath her breasts. She was also complaining of significant pain.

The woman then reportedly admitted to carrying the drugs and was taken to a local hospital, where doctors removed lumps of cocaine wrapped in plastic. The cocaine was worth $293,850 and was intended to go to Spain from Frankfurt, Germany, where the bust took place.

“This is the first case in Germany in which drugs have been smuggled in this fashion,” spokesman Hans-Juergen Schmidt said, News.com.au reported.

Customs authorities said that the procedure which was carried out to hide the drugs was poorly done, showing that drug smugglers are “completely indifferent to human life and the life-threatening conditions of their drug carriers.”

Talk about taking a risk just to smuggle some dope for a payout. What a horrible decision she made and I bet she won’t do that again. That’s just too dangerous and certainly not worth the risk to her health. She risked infections and other complications with the botched surgery. She also risked going to jail and paying fines. According to reports, she’ll likely be charged with various drug trafficking crimes. Maybe they’ll wait until she’s out of recovery to slap her with the bad news. She might have a rough recovery ahead.

She better be thankful the dope sacks didn’t pop, or she would have been in another world.

It’s always mind blowing to see the clever, and not so clever, ways that people smuggle drugs to and from various countries. The cocaine she hid inside her body, via surgical procedures, was on its way to Spain. She was caught in Frankfurt, Germany, before she had a chance to deliver her double dose of bosom drugs.

Let’s be glad she survived this horrible and risky procedure and hope that she learns a lesson. If she doesn’t learn a lesson, then maybe our readers will.

Do not surgically implant drugs into your body. You will likely suffer in pain, get caught and have an absolutely horrible time during all of it.

Take this woman’s lesson, which she clearly learned the hard way and don’t ever do anything like this.