Dad Is Confused When Son Says He’s Not Searching For A House. Then He Realizes What It Means…

In a recent YouTube video making its way around the net, one grown man was able to do something completely selfless for his father; though the dad had no idea, the house he was helping his son pick out was really a house meant for the dad to live in.[1] Check it out: 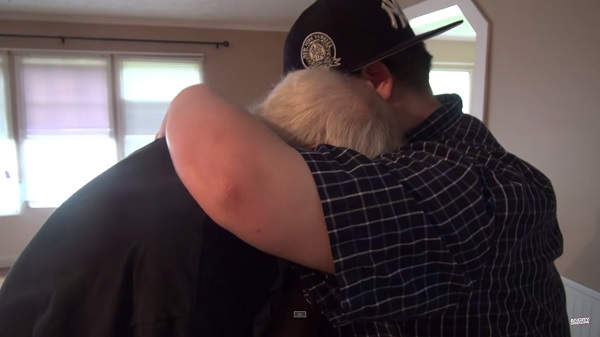 From electricity bill meltdowns to phone call pranks, Angry Grandpa has had viewers in stitches since 2010.

But his latest video is evoking a very different emotion in Angry Grandpa fans.

His son, Michael Green, or “Pickleboy,” brought him along on his and his girlfriend Bridgette’s house hunt[3].

The catcher, however, was that Michael and Bridgette weren’t really in the market for a new house— they were actually looking in order to surprise Angry Grandpa with some new digs.

“For the past few months, Bridgette and I have been taking Grandpa house hunting with us,” Michael writes on YouTube. “The idea was to make him believe we were searching for a house for us when in reality we were just having him choose his own.”

While doing a walk through of a home, Angry Grandpa comments on the enticing features of the house— from the wainscoting to the spacious bedrooms the house seems to have it all.

It is then that Michael reveals the truth behind the trick.

This realization brings Angry Grandpa to tears. Despite his assertion that he doesn’t deserve the house, Michael reassures him that he deserves everything.

“Every kid wants to buy their father a house,” he says.

It is amazing to be able to give back to someone who has selflessly given so much to you— especially when they never expected anything in return.

With so much bad news dominating the news cycle, stories like this can brighten a day and remind readers that the world is not always such a cruel place.