A Pennsylvania father received a letter from the school, explaining that his kids’ recent absence was not excused.  His response is EPIC. 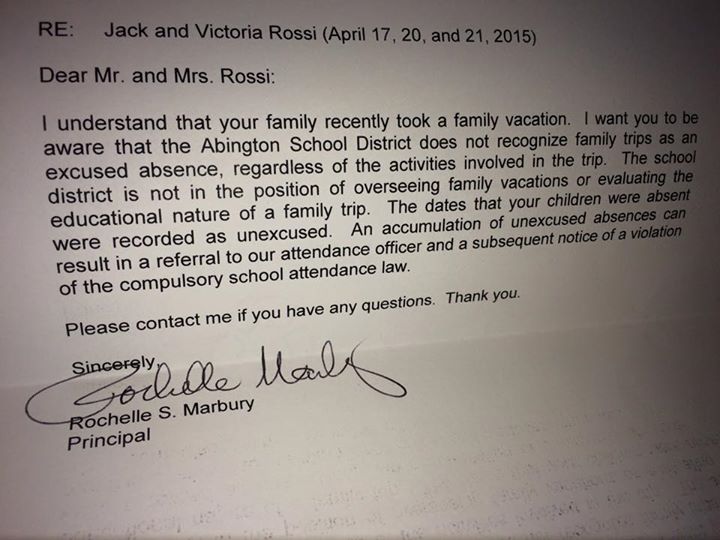 So why did Rossi’s children miss three days of school earlier this month? To travel to Boston[4] to watch their father run in the Boston Marathon.

Not surprisingly, Rossi wasn’t pleased[5] with the school’s reaction to his decision to bring his girls with him to Boston. Opposing Views[6] reports:

Rossi was furious over the letter, saying the school had no right to paint him as an irresponsible parent.

He responded to the principal with this letter[7]: 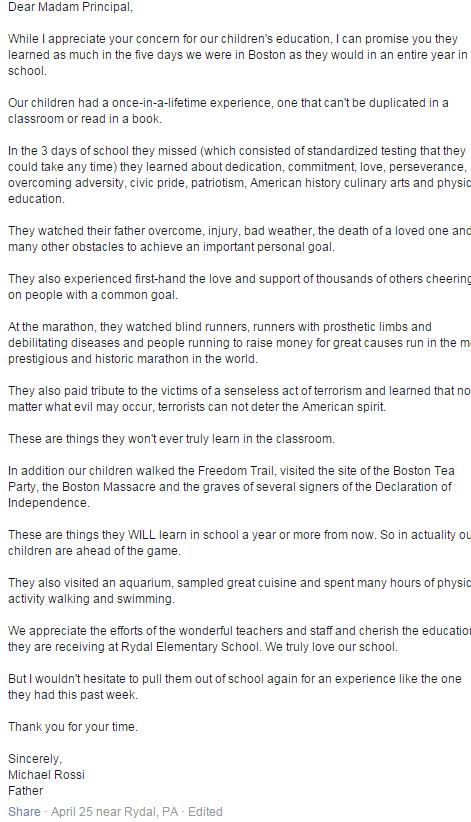 As it happens, state law permits [9]the issuance of excused absences for family educational trips. But the Abingdon School District does not differentiate vacation-related missed school days from regular unexcused absences.”

All I can say is that if a Principal sent home a letter to me like the one that Rossi received, my return letter would not have been nearly as cordial.  It would have been two words.  I will let you guess what those would be.