A new must-see video has resurfaced and it could spell the end of the Hillary Clinton Presidential campaign.

Are you ready to see Bill Clinton[1] sound suspiciously like Donald Trump? 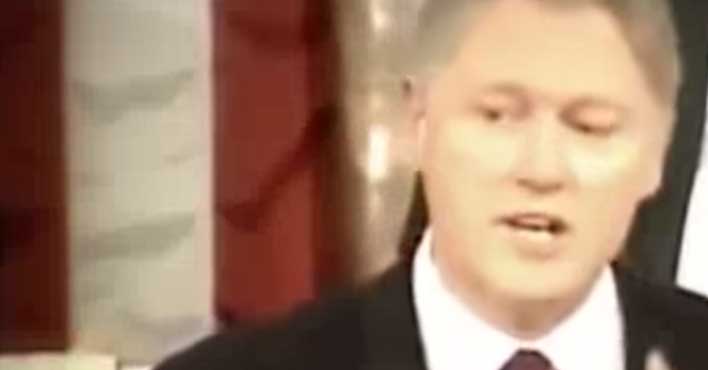 This resurfaced video from 1996 is causing major problems for Hillary Clinton, as it shows her husband sounding just like conservative businessman and GOP presidential nominee Donald J. Trump!

Watch (below), as Clinton in this State of the Union address, explains his plans to stop illegal aliens at the border:

“But there are some areas that the federal government should not leave and should address and address strongly. One of these areas is the problem of illegal immigration. After years of neglect, this administration has taken a strong stand to stiffen the protection of our borders. We are increasing border controls by 50 percent.”

And how it’s time to crack down on employers who shamelessly hire illegal workers and exploit them:

Trump supports this E-Verify policy created by Clinton, which checks to see if employers are hiring legally eligible employees.

And just like Trump, Clinton drew a clear distinction between supporting immigrants who immigrate legally, and those who break our laws:

Today, it’s not politically correct to use the phrase “illegal immigrant.” But Clinton in 1996 used that phrase often, and with ease while calling for increased border security.

I’ll just be over here… sipping my tea.