Danish woman dropped out of college to fight ISIS in Iraq, has her passport confiscated by her homeland

You hear a lot about the REAL war on women being raged by ISIS. This woman was brave enough to go and fight it herself, but her home country is trying to stop her from going back. 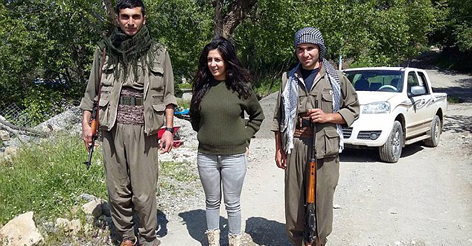 A young Danish woman who dropped out of college and travelled to Iraq to fight ISIS has had her passport confiscated in Copenhagen.

Joanna Palani became famous worldwide when she declared she was leaving Denmark and heading to the Middle East to fight the terrorist group.

The 22-year-old, of Kurdish descent, is one of many Westerners to join the fight against ISIS in the Syrian city of Kobane, also known as Ayn al-Arab.

She returned home to “take a break from war,” and that’s where she had her passport seized. She is planning to appeal the decision so she can fight again. Read more about her fascinating story here[2].