Death of a Reformer 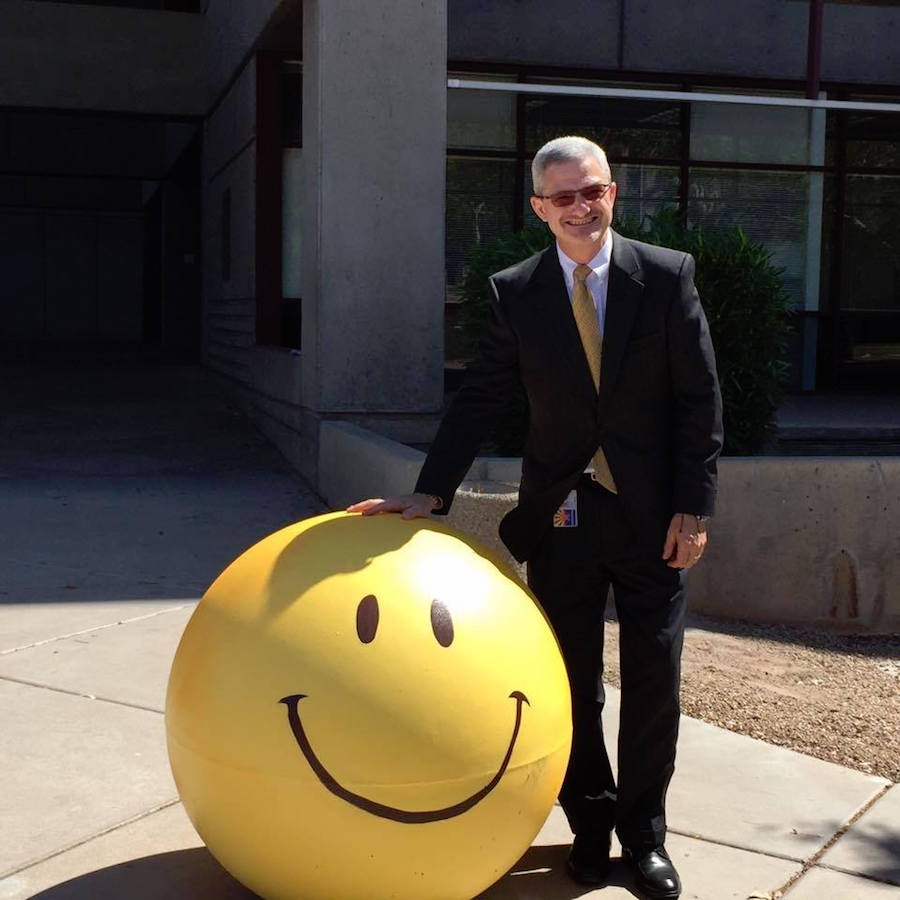 Death of a Reformer

Arizona Republican Governor Doug Ducey fired his top reformer last month, Tim Jeffries, who he’d recruited to head the Department of Economic Security in February of 2015. Jeffries came in and cleaned up the agency, firing corrupt employees and improving morale, but once those terminated workers complained to the left-leaning Arizona Republic, the paper went all out to take him down with baseless smears, and the governor eventually deserted him.

With a background in the private sector, Jeffries went about reforming government at the “speed of business.” When Ducey took office almost two years ago, he instructed state agency directors to reduce their agencies by 2 percent. Jeffries is probably the only agency director who accomplished that goal, terminating 475 employees and eliminating some of those positions. Prior to Jeffries’ arrival, DES had become a bloated agency, the second largest in the state with over 7,000 employees and several hundred temporary workers and high-priced contractors.

Jeffries had the Arizona Attorney General’s Office bring charges[2] against a corrupt state legislator who fraudulently obtained[3] $1,726 in food stamps. Democratic Rep. Ceci Velasquez “falsely claimed she had two dependents, gave a false address and allowed two other people to use her food stamp benefit card.” A grand jury indicted her on three felonies for welfare fraud. The investigation had started under Jeffries’ predecessor, but went nowhere since he was afraid to touch it. Why are elected officials above the law? No Arizona public official had ever been investigated and prosecuted for food stamp fraud prior to Jeffries’ directorship. The AG’s office eventually caved[4], letting her plea to a mere misdemeanor charge and probation. Velasquez plans to run again for the Arizona House in 2018 after her lone misdemeanor clears.

Velasquez’s friend, Democratic Sen. Martin Quezada, launched a Twitter firestorm[5] bashing Jeffries and defending Velasquez, predicting Jeffries’ demise. Jeffries set up a meeting with Quezada about the situation, but for well over an hour, all Quezada could do was act as an apologist for Velasquez. He talked about her lower income level and the poverty of her constituents, and claimed she was being targeted. Jeffries responded, “The only people that DES targets for investigation are those who steal from the poor. I’m not a policymaker, I’m a policy implementer. So if you and your elected colleagues want to pass a law that allows members of the House and Senate to have food stamps they’re not entitled to, then you pass a law to do so. Until then, DES will investigate anyone and everyone who rips off the poor.”

Once the media decides it doesn’t like you, it throws a bunch of accusations together with the words “controversial” and “scandal.” Craig Harris, a reporter with the Republic, is known for putting together sloppy paragraphs with a flashy headline, repeating the same baseless claims over and over throughout multiple articles. Additionally, the Republic suffers from a failure to separate between news and opinion articles. Republic opinion writer Laurie Roberts, also known for her hit pieces on conservatives, tag teamed with Harris against Jeffries. She became increasingly hyperbolic with her histrionics, titling one column “Booze Before Blood.” It was a cruel jab at Jeffries, because she knew fully well that one of the men who killed his brother drank alcohol before killing him.

The paper piled on Jeffries and his revamped management team for firing 475 employees, accusing him of terminating employees who didn’t deserve to be fired. Yet none of this reporting addressed the specific reasons the former employees were terminated, including the fact most of the employees were at-will employees and only one of them had sued the agency over it. The Republic and other newspapers could not stand Jeffries blunt-spoken style; Jeffries did not hesitate to call some of the fired employees “bullies, liars, racists, sexual harassers, and multi-year bad actors.” Instead, the biased articles discussed how many of the employees were women, seniors, and minorities even though the percentages released were in line with DES employee statistics.

The reality is there was a lot of unseemly, unethical and criminal activity taking place. After Jeffries was terminated, an employee emailed him, “I want to thank you for your selfless service to all employees, clients and taxpayers during your time at DES. It was obvious to most employees how you gave back and touched many people with the true intent of helping the poor and those who serve them. I’ve worked at DES since 2008 and believe me the agency as well as anyone who has ever paid taxes owes you a debt of gratitude. Most of those a**holes that got fired were stealing from the poor or manipulating those who bust their a** to serve them.”

The Republic is now sympathetically covering the attempts of the terminated employees to regain their jobs.

Ironically, Jeffries was fired in part for merely carrying out the governor’s orders — something probably all the other agency directors failed to do. They were instructed in the governor’s “8 Expected Traits of an Agency Director” to “Be wedded to a ‘promote the best; weed out the worst’ philosophy.” They were told, “The Bell Curve is a near-universal phenomenon. Figure out a way to eliminate the worst 10% of any category. … If there are employees who are clearly under-performing and ill-serving the taxpayers, then take steps to replace them with someone who will do better.”

Jeffries slashed the case backlog by approximately 60 percent at Adult Protective Services. He increased the percentage of employees who said they were satisfied with their jobs from 62 percent to 78 percent. Positive colleague engagement increased 300 percent. In other words, employee morale tripled. He created a fun, caring work atmosphere. He put together inspiring, lighthearted videos[6] featuring the employees and outlining their accomplishments, often making fun of himself to give his “cherished colleagues” a laugh or two. One observer told him, “My guess is that for the vast majority of your employees, for one bright shining moment, they were somebody doing incredibly important work for an agency that they could be proud of.”

A DES employee told him it’s a shame the public doesn’t know that “you created merit payments, you brought back tuition, you raised wages on the front line and regularly visited staff around the state to address issues for clients and employees alike.” Jeffries describes himself as an “anti-bureaucrat,” telling[7] National Review’s Kathryn Jean Lopez, “I shepherd this agency like a multimillion-dollar nonprofit.”

The Republic extensively covered a series of allegations against Jeffries, but virtually all of them are false. He was accused of compiling a “do-not-hire” list of fired DES employees — but it was really another agency which created the list, the Department of Administration.

He was wrongly attacked[8] for his Catholic faith, which I addressed in a previous article. Government employees do not check their First Amendment rights at the workplace door; when I worked for Arizona State Government, our Bible Study group legally used the email system to schedule our meetings. Jeffries is told he’s bold about his faith, but he says, “I’m just pursuing my faith and honoring my First Amendment rights.”

Leah Landrum-Taylor, a former Democratic state legislator who worked for Jeffries and reportedly wanted his job, told the Republic that Jeffries bought alcohol for employees during work hours in Nogales, but it was a lie; Jeffries has a time-stamped photo of him with Landrum-Taylor in the Nogales DES office after the time she stated the party started. The restaurant visit took place for colleagues after their respective work hours. Every DES client was kindly served that day in Nogales and throughout Arizona. The paper also smeared him for using the “governor’s plane” for the trip, however the three state planes are owned by the Department of Public Safety, and the interagency agreement for DES to use air assets was in place prior to Jeffries’ arrival. Furthermore, other Arizona agency directors use the planes too.

The Republic and other media sources have repeatedly featured DES employee Andy Hall, who Jeffries had terminated shortly after Hall criticized the DES press secretary for emailing employees about his latest disagreement with Jeffries. The Republic didn’t bother to report that “Hall is a know it all, never afraid to challenge, grate and insult people,” a source told me. Hall “sent two insulting emails to the DES press secretary” and ranted online frequently about DES and Jeffries. Regardless, as an at-will employee, no reason was required to fire him.

Prior to Jeffries’ arrival, over 30 DES service centers had armed security guards to protect employees and clients. After the terrorist attack in San Bernardino took place at a social services center for people with developmental and intellectual disabilities, Jeffries directed his inspector general to transition the contract guard security force to a newly formed DES Protective Services. This group would continue the paramount mission to protect DES employees and clients. This group would also be better trained and more cost effective, thereby positioning DES to expand the number of service centers with armed protection. The Republic slammed him for implementing this common-sense measure, even though DPS guidelines were followed throughout and the effort to protect DES employees and clients was highly transparent.

This is a classic example of how the left is able to take down the brightest, innovative conservatives; through smears, insinuations and outright lies. Since Jeffries’ departure, many of the significant projects have been halted. It is the poor, disabled and downtrodden who will suffer as government returns to moving at the speed of a glacier, fired “bullies and bad actors” return, and agency morale plummets. The bright shining moment for thousands of DES employees is dimming.