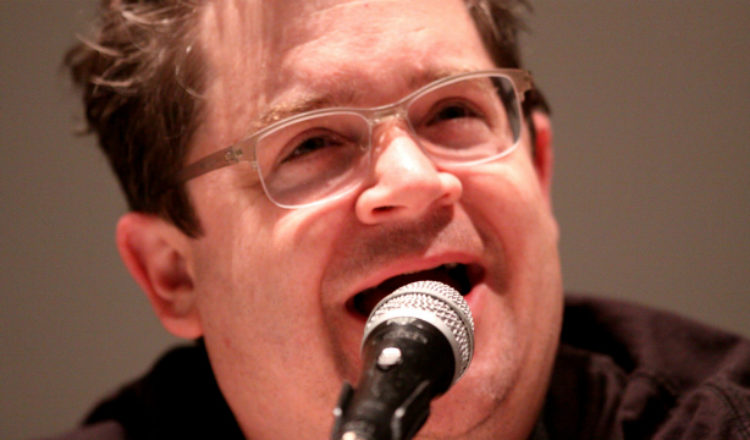 Patton Peter Oswalt is a five-foot-three-inch American stand-up comedian, writer, actor and voice actor. I know him from the sitcom The King of Queens, where he plays the role of Spencer Olchin and from the movie Ratatouille, where he voices Remy. He is also one of the most radical leftist individuals I have ever heard.

Frankly, he horrified me with the disgusting content of his most recent tweet endorsement[2]. He retweeted a pretty disturbing tweet. The tweet mentioned that now, Donald Trump’s businesses and properties are extremely public and susceptible to terrorist targeting. Especially now that he will be the next President of the United States of America.

But Patton Peter Oswalt has the audacity to tell these potential terrorists to “come and get” them. What in the world is wrong with this man???? Not only is it horrific to egg on the attack of the president of your country, completely displacing any respect, but it gets worse. How can he laugh at terrorism and terrorist attacks? Does he have no respect or reverence for the tragedies that are taking place around the world? Does he care about the horrors and tragedies that have taken place in our very country??

To his credit, it didn’t take long for him to delete the post, but even then he was absurd. He claimed that everyone was just taking it too seriously. He says he “was being serious….” That does not sound too sympathetic to me.

This man is absurd. This is exactly what is wrong right now. We can not use anger, hate and threats to intimidate and insult others. Grow up, sir. And start acting like you actually care about your country. 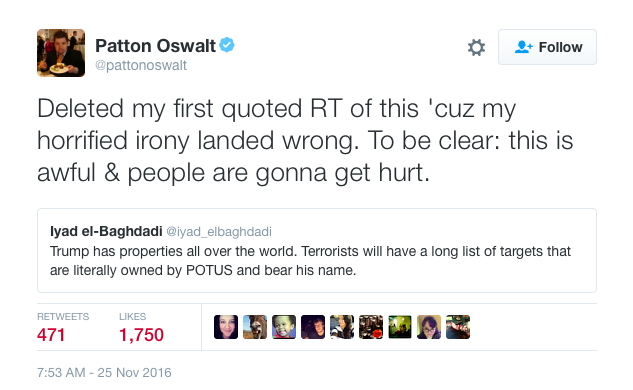