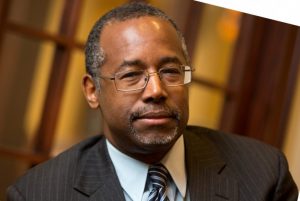 [1]The last thing a Democrat wants a Black person to hear is a person who looks like them give an entirely different message. Blacks in America have been socialized from the cradle to the grave that they must only vote Democrat to be authentically Black.

It’s one of the most successful brainwashing campaigns in world history. Joseph Goebbels would be proud.

So when a person like Ben Carson comes along with a different view of Blacks being self reliant instead of depending on government to survive, he imperils the Democrat power structure that is dependent on Blacks voting Democrat at a rate of 95% and higher. The Democrat Party needs a permanent underclass that sees themselves as perpetual victims.

Ben Carson rejects the “victim” mentality that Liberal controlled public schools teach Black children. In fact Democrats who control the public schools ensure that those schools continue to fail in order for Blacks to receive sub-par educations. It’s all be design to keep ignorant ignorant and voting Democrat.

That’s why Ben Carson must be destroyed at all costs for the Democrat Party to thrive and keep the Black mental enslavement going.