A lot was said last night at the DNC, but the most telling words[1] were the ones that went unspoken. What they didn’t say has a LOT of people worried. 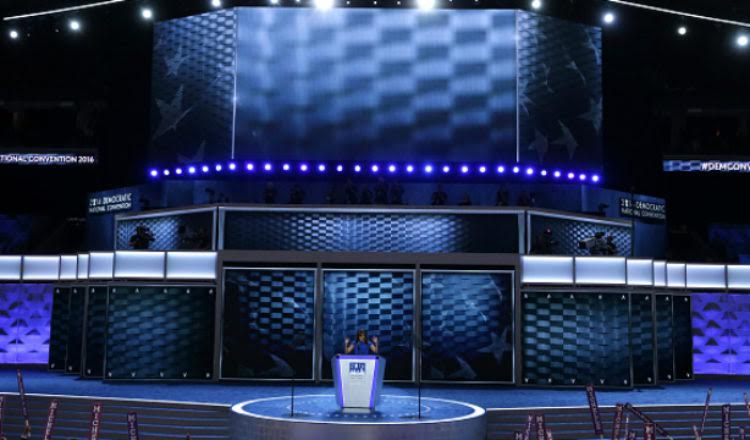 Watching the opening night of the Democrat National Convention last night, it felt like something was conspicuously absent from the topics. If you’ve been following the news — and I know y’all have — you’ve noticed a spate of terrorist attacks in the past year especially, that seem to be becoming almost daily occurrences in recent weeks. Just this morning, we awoke to news of a Catholic priest’s beheading in the midst of conducting mass.[3]

One might have thought this very alarming threat to all of us — black, white, Christian, Muslim, gay, straight — might have come up at least once in the Dems’ speeches last night. But nope, Democrats failed to mention terrorism or the Islamic State even a single time in 61 speeches during the first night of the Democratic National Convention. Politifact[4] confirms.

As The Blaze[5] reports:

After the claim was floated by Republicans, the fact-checking website failed to find even one reference of “ISIS,” “Islamic,” “terror,” “terrorist,” or “terrorism” after searching through DNC transcripts. More from the report[6]:

That said, as it concerns the convention in Philadelphia, the RNC’s statement is literally correct. Based on our searches of C-SPAN closed-captioning text, Congressional Quarterly transcripts and other video archiving services, we couldn’t find any speaker who mentioned “ISIS,” “Islamic” “terror,” “terrorist,” or “terrorism” during the first day of the convention.

The closest example came in a video that quoted Hillary Clinton’s speech after the mass shooting in Orlando in which a gunman who professed allegiance to ISIS attacked a gay nightclub.

“From Stonewall to Laramie, and now Orlando, we’ve seen too many examples of how the struggle to live freely, openly and without fear has been met by violence. We have to stand together, be proud together. There is no better rebuke to the terrorists and all those who hate,” she said.

Ouch! That had to hurt them to admit.

Why are Democrats avoiding an issue that has killed so many innocents?