This is amazing. In 1938, Ingeborg Syllm-Rapoport was forced to stop going for her doctorate in Germany because she was part-Jewish. Now seventy-seven years later, she has become Germany’s oldest recipient of a doctorate[1] at age 102. 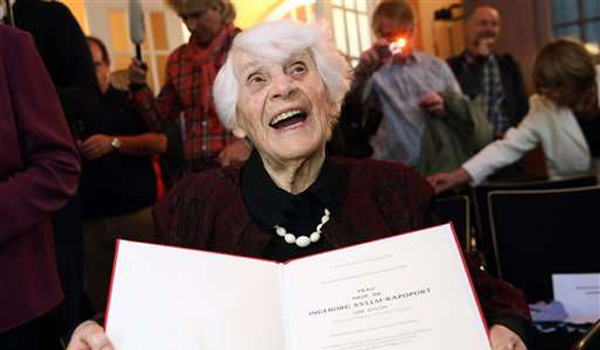 “After almost 80 years, it was possible to restore some extent of justice,” Burkhard Goeke, the medical director of the university’s hospital, said in his speech. “We cannot undo injustices that have been committed, but our insights into the past shape our perspective for the future.”

Syllm-Rapoport stressed in her acceptance speech that she went through all the efforts of getting the degree at her advanced age not for herself, but for all the others who suffered from injustice during the Third Reich.

“For me personally, the degree didn’t mean anything, but to support the great goal of coming to terms with history—I wanted to be part of that,” Syllm-Rapoport told German public television station NDR.