That’s it Liberals… Keep it classy. A 31 year old deranged leftist has been sentenced to 90 days in Jail for tweeting obscene, lewd, and violent threats to the adult son of Scott Walker. Naturally he had a completely legitimate excuse for his criminal behavior: He doesn’t like the Wisconsin Governor.[1] 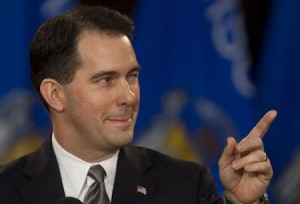 Robert C. Peffer, 31, charged in a July criminal complaint, is accused of sending dozens of threatening and obscene tweets to Wisconsin Gov. Scott Walker’s adult son. Peffer told investigators he was angry at the governor, and that Walker’s son was just an “innocent bystander,” according to a criminal complaint.

Robert Peffer, using the twitter handle @RepublicPrince2, made 419 tweets, 36 of which were threats against Matthew Walker, son of Governor Scott Walker.

Judge Dennis Flynn sentenced him to 90 days in jail and ordered him to pay a $1,000 fine on the first count. He stayed 90-day jail stints on the other three counts in lieu of probation. The judge also banned Peffer from using social media for anything besides looking for work.

The judge banned Peffer from using social media[3] for anything besides looking for work? Well, maybe he can get a job with MSNBC, or the Huffington Post.