The President’s position on Iran and lack of support for Israel is even causing his supporters to turn on him.  One of them, Alan Deshowitz, recently ripped the President in a conference to pro-Israel supporters in Los Angeles. 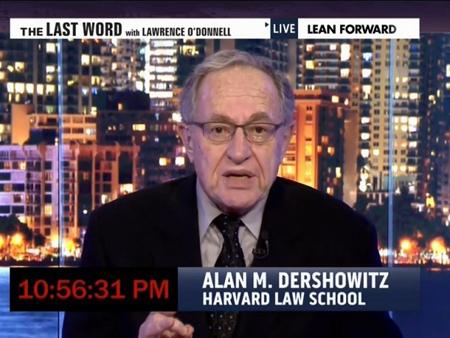 Dershowitz, who backed Obama in both the 2008 and 2012 elections, expressed strong disappointment with President Obama’s recent treatment of Israeli Prime Minister Benjamin Netanyahu, as well as the weak negotiating posture of the Obama administration in talks with Iran.

“I wouldn’t hire this administration to negotiate a one-month lease for me,” Dershowitz said.

He also called Obama “undiplomatic,” “petulant,” and “juvenile,” according to Noah Pollak of the Emergency Committee for Israel, which has run ads in political races that target Obama’s weak policies on Israel and national security in general.

Dershowitz defense attorney and retired Harvard Law School professor. Even while supporting Obama in 2012, he warned that the President could become America’s version of Neville Chamberlin.