It’s indeed the silly season in which politicians throws everything on the wall to see what sticks. 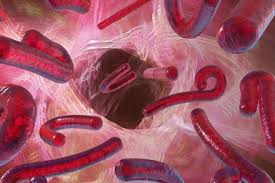 [2]organization founded in 2010 by  author Erica Payne. This ad, featuring clips of Mitch McConnell, Pat Roberts, and many other Republicans implies that austerity cuts to the CDC and NIH are responsible for the 2014 Ebola outbreak. This ad with run in Kentucky and other states leading up to the election.

The sad part is many people who graduate or drop out of crumbling public schools controlled by Dems is gonna believe it.