Despite Obama’s Claims, US Military Admits We Have Soldiers in Yemen

For the first time, our US military has publicly acknowledged that our troops are inside Yemen to help the country’s government. The Defense Department spokesman Jeff Davis stated on Friday that a small amount of military personnel have been working with Yemeni and Arab Coalition forces to move al-Qaida into the Arabian Peninsula.[1] 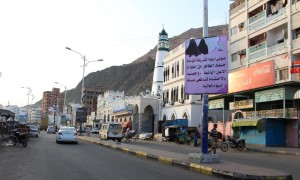 The Pentagon has stepped up air strikes against the jihadists in the war-torn country, Davis said.

“This is of great interest to us. It does not serve our interests to have a terrorist organization in charge of a port city, and so we are assisting in that,” the spokesman added.

He said the troops were helping Emirati forces with “intelligence support”, but declined to say if they are special operations forces.

While the number of US personnel on the ground is limited, the US is also offering an array of assistance to partners in Yemen, including air-to-air refueling capabilities, surveillance, planning, maritime security and medical help.

The US Navy also has several ships nearby, including an amphibious assault ship called the USS Boxer and two destroyers.

AQAP took advantage of the chaos of fighting between pro-government forces and Iran-backed rebels to expand its control in southern Yemen, including the seizure of Mukalla in April last year.

The Pentagon announced it has carried out a recent string of strikes on AQAP in recent weeks, outside of Mukalla.

“We have conducted four counterterrorism strikes against AQAP since 23 April, killing 10 Al-Qaeda operatives and injuring another,” Davis said.

The US periodically conducts such attacks on AQAP targets in Yemen, including a strike in March on a training camp that killed more than 70 fighters.

AQAP is regarded by Washington as the network’s most dangerous branch, they have carried out many deadly attacks on the West. What do you think we should do in this situation? I’m at a loss for words…