I’m not sure about this one[1]. On one hand, it wouldn’t surprise me that Obama would try sneaking things into deals. On the other hand, Dick Morris is wrong about everything always… 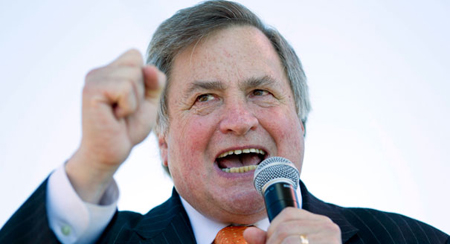 Morris said, “This is huge. I hope everybody listening takes action call your senator about it. If he is a Republican he is voting wrong. “I dont think that people understand that in this deal which is a trade agreement among Australia, Malaysia, Vietnam, Japan, Canada, the United States, Mexico, Peru, and Chile, there’s a provision for free flow of workers, just like in the European Union. What It means is unrestricted immigration. It means literally that congress would not have the authority to restrict immigration because a treaty supersedes a statute under our constitution.”

So what do you think? Is there anything here? Or is this just Dick Morris being Dick Morris?