Diner Asks For Waitress’ Wine Recommendation and Gets A $4,700 Bill

For some us, a $40 dinner is a blow to our wallet, but for Joe Lentini, that would have been a relief. After asking for a waitress to recommend a bottle of wine to split with his co-workers, he got a check for a jaw-dropping $4,700.[1] 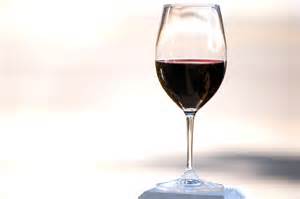 Joe Lentini, who said he only drinks about a glass of wine a month, ordered the bottle to split with two other diners in a party of 10 during an Oct. 27 business dinner at Bobby Flay Steak at Borgata Hotel Casino & Spa in Atlantic City, according to NJ Advanced Media.

“I asked the waitress if she could recommend something decent because I don’t have experience with wine,” Lentini said. “She pointed to a bottle on the menu. I didn’t have my glasses. I asked how much and she said, ‘Thirty-seven fifty.’”

Lentini approved the sample poured by the sommelier, and he and his companions finished the bottle.

After Lentini complained to the waitress and the maître d’, the restaurant reduced the price to $2,200. He and two other diners split the bill.

Oops doesn’t even begin to cover this mistake. The waitress should have been clearer in telling Mr. Lentini the price of the wine, especially one so expensive. I’ll bet $4,700 that he won’t forget his reading glasses next time he goes out.
Endnotes: