The left is constantly asserting that mere citizens should not be trusted with firearms (despite the fact that our fundamental freedoms have rested upon individual firearm ownership). Now, leftist moonbats are clamoring for disarmament of the police as well, according to a BizPac Review report[1]: 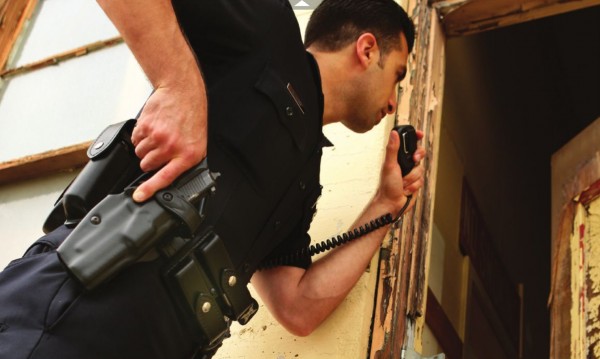 An anti-cop group wants to take its beef with law enforcement to a new level:  disarm the New York City Police Department.

“Disarm NYPD” is teaming up with Copwatch groups—which monitor and record alleged police brutality—to create “no-cop zones” in the city and, ultimately, strip the police of firearms.

A member of Disarm NYPD, who chose to remain anonymous, told Waging Nonviolence[3] Thursday, “We feel that the police have proven that they’re not responsible enough to carry arms due to the fact that they’ve been killing people so consistently for so many decades.

“We feel that they should be disarmed immediately.”

Another community group, Take Back The Bronx, was formed in 2011, and has created “no-cop zones” for a day, where residents were encouraged to to speak up against police and about local issues in a block-party atmosphere.

Disarm NYPD wants to take that idea beyond the Bronx, to all of New York City.

“We’ve all been organizing for years,” said the member of Disarm NYPD. “After Ferguson, we got really inspired and started organizing during the demonstrations. And we figured — since it’s getting warm, and especially since that Ferguson report came out — that we need to start taking more action. We can’t let things fall apart. We have to keep the pressure on the police.”

Sure, what a Nirvana it would be when those darn cops are no longer armed. What could go wrong?

You know, except for an explosion of thefts, assaults, rapes and murders…