Why hasn’t this been blasted all over the news all day? If he were a Republican, we’d have all manner of snarky, smug Democrats and liberals telling us that this is irrefutable proof that Republicans are evil.

Of course, since former Representative Chaka Fattah is a Democrat, it’s been all but swept under the rug. I mean, why pay attention to this when we can bemoan Russia’s undetermined involvement in our election? 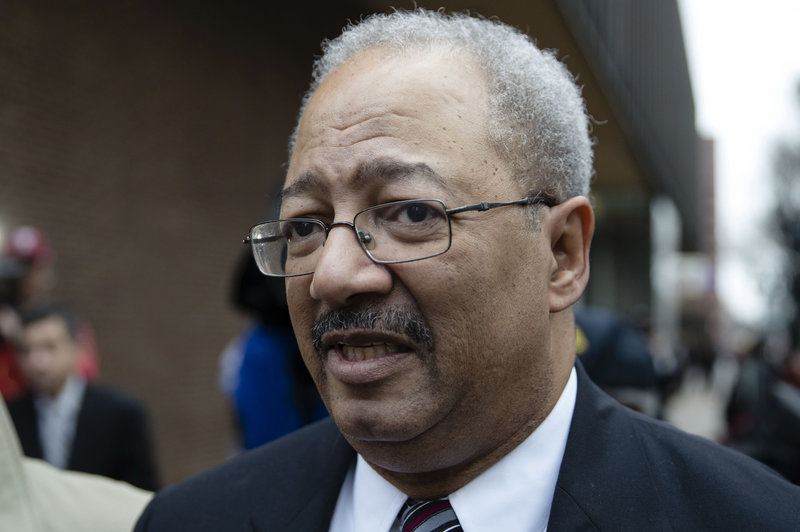 Fattah was sentenced by a federal jury to 10 years in prison after being found guilty of 23 counts of conspiracy, fraud, bribery and money laundering.

Prosecutors dubbed the crimes a “white-collar crime spree[2]” in which Fattah misappropriated funds and is now being forced to pay $600,000 in restitution in addition to his 10-year sentence.

“For him, now, to be sitting in prison, that’s a significant signal to those who are thinking of engaging in this conduct about what can happen if they do so,” Zane David Memeger, U.S. attorney for the eastern district of Pennsylvania, told Moselle.

But Fattah’s lawyers denied everything, claiming that his signature could not be found on any of the documents. They instead blamed his associates for the under-handed dealings. Because of this, they plan to appeal his sentence.

Of course, if you know you’re engaging in criminal acts, you wouldn’t leave a paper trail, now would you? That’s law-breaking 101.

Unfortunately for them, the Judge wasn’t about to have any of their shenanigans.

“The investigation and the trial has been the most disappointing event in my now 60-year life,” the 11-term lawmaker told U.S. District Judge Harvey Bartle III in court, according to The Philadelphia Inquirer[3]. “I’ve helped tens of millions of people and that has nothing to do with the fact that I have been found on the wrong side of these questions by a jury.”

But Bartle said he found the crimes “astonishing” and ordered Fattah to begin serving his 10-year sentence on Jan. 25, the newspaper reported.

“You abused the trust they placed in you time and time again,” the judge said, according to the Inquirer. “Your flagrant behavior undermines the confidence of the citizenry in all public institutions.”

All white-collar criminals need to be treated this way. Just because they have the money to hire the right people to hide their crimes doesn’t make them any less guilty. Corrupt politicians and coincidences don’t mix.