DISGUSTING: Liberals Propose Law To FORBID The Use Of These Words

The Left has always been the language police, telling the rest of us how to speak and which words to say.

For instance, the Left doesn’t want anyone saying ‘illegal immigrant’ anymore, and now they’re trying to officially ban[1] these words: 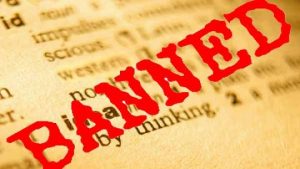 “The bill would remove the term “illegal alien” and replace it with “undocumented foreign national” and keep executive branch agencies from using “alien” or “illegal alien” in signage and literature.”

Just incredible. Here we have government officials actually taking the time to tell the rest of us how to talk. If only they put this much time into figuring out how to secure the border.