Disneyland is supposed to be the happiest place on Earth, while people who use “selfie sticks” may very well be history’s greatest monsters. So it is no wonder that Disney has banned them[1], especially after this… 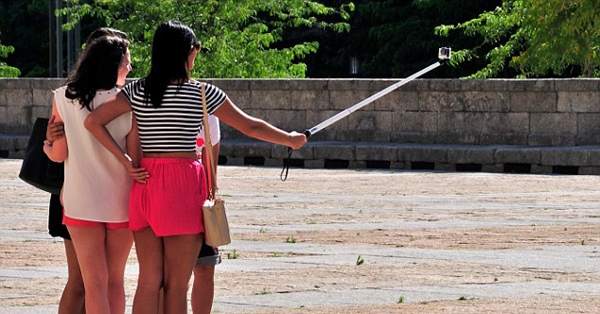 Guests on a roller coaster at Disney California Adventure were stranded for up to an hour at the top of the ride after it was shut down when a man used a selfie stick.

Despite the company banning the use of the devices on its attractions from May 30, the man extended one on the California Screamin’ ride this week.

Staff members were forced to shut down the roller coaster before it reached the main drop, causing other guests to be left in the lurch for up to an hour.

Disney said the ride was shut down, “due to health and safety reasons.” Seriously, how vapid and/or dumb do you have to be?